Although exposure to night-time light has been linked to an increased risk of breast cancer and obesity, the relationship with mood disorders is poorly understood. 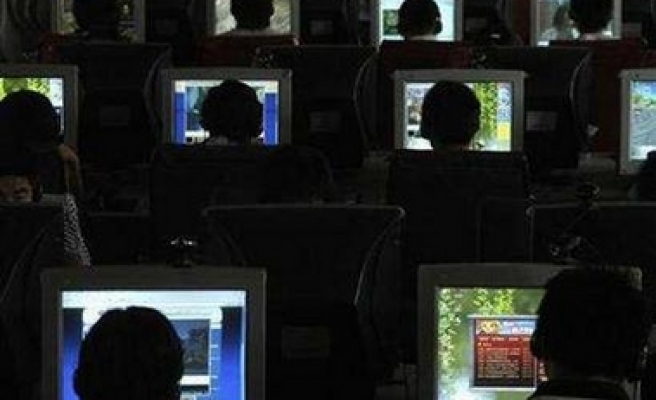 Sitting in front of a computer or TV screen late into the night or leaving it on when you fall asleep could increase your chances of becoming depressed, according to a study by U.S. scientists.

The study, by a team of neuroscientists at Ohio State University Medical Center partly funded by the U.S. Department of Defense, will give screen-addicted night owls pause for thought.

The researchers - who exposed hamsters to dim light at night and picked up changes in behaviour and the brain that bore striking similarities to symptoms in depressed people - said a surge in exposure to artificial light at night in the last 50 years had coincided with rising rates of depression, particularly among women, who are twice as prone as men.

"The results we found in hamsters are consistent with what we know about depression in humans," said Tracy Bedrosian, who led the study, published in the journal Molecular Psychiatry.

Although exposure to night-time light has been linked to an increased risk of breast cancer and obesity, the relationship with mood disorders is poorly understood.

The hamsters involved in the experiment were exposed for four weeks to dim light at night - equivalent to a television screen in a darkened room - and the results compared to a control group exposed to a normal light-dark cycle.

The experimental group was then moved back onto a normal cycle for one, two or four weeks before they were tested.

The results showed they were less active and had a lower than usual interest in drinking sugar water - both symptoms are comparable to signs of depression in people.

The similarity extended to their biological make-up. The researchers found changes in the hippocampus - a part of the brain - that were consistent with people suffering depression.

The hamsters exposed to dim light at night were also shown to produce more of a protein called tumor necrosis factor (TNF), a chemical messenger that is mobilised when the body is injured or infected and causes inflammation in its efforts to repair the damage.

"Researchers have found a strong association in people between chronic inflammation and depression," said Randy Nelson, who also worked on the study. "That's why it is very significant that we found this relationship between dim light at night and increased expression of TNF."

The scientists found that blocking the effects of TNF with a drug prevented signs of depression in the hamsters, though some other indicators in the structure of the brain were unaffected.

For instance, hamsters that were exposed to dim light at night still showed a much reduced density of dendritic spines - hairlike growths on brain cells that are used to send chemical messages from one cell to another.

The overall symptoms of depression were reversible, the researchers said. Those hamsters returned to a normal light-dark cycle saw both their TNF levels and the density of their dendritic spines return to normal after about two weeks.

"The good news is that people who stay up late in front of the television and computer may be able to undo some of the harmful effects just by going back to a regular light-dark cycle and minimizing their exposure to artificial light at night," Bedrosian said.