Experts say that the environmental impact report and other licensing woes could push the deadline of the plant past government projections to open one reactor in 2020 and four by 2023. 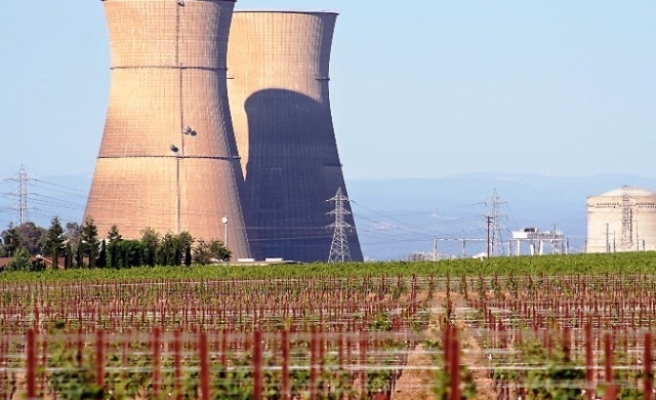 Delays this week on Turkey's planned Akkuyu nuclear power plant may have been rooted in an environmental impact report rejected by government authorities, but the document is only one hurdle that may push the project long past its official deadline, experts say.

On Sunday, Ankara's Environment and Urban Planning Ministry refused to approve a massive, 3,000-page environmental impact analysis submitted by the project's undertaking company Akkuyu NGS. NGS, a Turkish subsidiary of Rosataom, the Russian state energy firm tasked with building the $20 billion site, said on Monday that the documents had been rejected due to “formatting” issues and vowed the problem would be solved shortly.

“There were some formal complaints from the ministry, but nothing that will see this report delayed from being approved for more than a few days,” Akkuyu NGS press secretary Sezer Kılıç told Todays Zaman. Meanwhile, experts say that the report and other licensing woes could push the deadline of the plant past government projections to open one reactor in 2020 and four by 2023.

Ankara has billed the 4,800 megawatt (MW) facility as a key way to overcome the nation's lopsided dependence on imported fossil fuels, especially natural gas. But if Akkuyu is to serve as the lynchpin of Ankara's hopes to shift away from natural gas by 2023, the country's centennial, there are still plenty of obstacles its own bureaucracy has put in the way.

“We have a situation where many documents are 'in the pipeline' and waiting for approval, but could be hung up easily,” said Oğuz Türkyılmaz, an energy analyst and Turkey board member of the World Energy Council. According to the government's own projections of the plant construction process, the Akkuyu facility is slated to receive a construction license in 2014, but Türkyılmaz said that NGS still hasn't given Ankara the documents necessary to get approval by then.

“Turkey has a history of streamlining major construction projects, but Akkuyu seems very tight,” said Aaron Stein, an İstanbul-based researcher specializing in nuclear proliferation and Turkey. Stein, like Türkyılmaz, says that one major obstacle is an as-of-yet uncomissioned review of the Russian made VVER 1200 pressurized water reactors. The Turkish Atomic Energy Agency (TAEK) hasn't been able to find a firm to review the construction plans of the Akkuyu plant to make sure they meet the requirements agreed upon in the original tender, says Stein. Though, given the opaque nature of the tender, Stein says it is difficult to tell why that has been the case. He suggested that the European firms Ankara previously selected for the job didn't have the capacity to properly review Russian-made reactors. “Delays are common when constructing a nuclear power plant, which raises questions about the feasibility of Akkuyu's initial timeline,” said Stein.

The environmental impact report itself may also delay the project, suggested Necdet Pamir, an energy researcher and chief energy advisor to the opposition Republican People's Party (CHP). “It is a massive document. Energy analysts are going to spend a week reading over it, and you can expect objections about this project,” he said. Echoing the sentiment of Turkey's environmentalists, Pamir said the project “still has not answered” the fundamental concerns of activists over the seismic vulnerability of the plant or how waste will be stored. The government has downplayed the project's seismic risks while promising that waste will be stored in Russia under the contract. “But how will waste be transported? Russia could easily refuse to stop storing the waste at some time in the future,” said Pamir.

Ankara's worries about Turkey's future energy mix have meanwhile focused on its natural gas bill, with Prime Minister Recep Tayyip Erdoğan stating in May the that Akkuyu plant and a second planned plant in Sinop could help reduce the country's annual natural gas bill by $7.2 billion a year within a decade. “That is a very high figure, especially if they are hit by more delays,” said Pamir.