The Sun: Living With Our Star’ exhibit can be visited till May 6 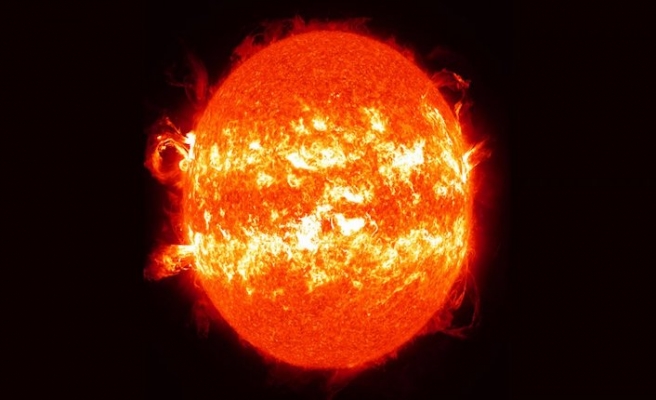 A new exhibit on the Sun in a central London museum is attracting visitors as it displays the thousands-year-old relationship between the star and humankind.

London Science Museum has opened its doors to visitors on Saturday for ‘The Sun: Living With Our Star’ exhibition which presents numerous artefacts showing the relations between the Sun and time, health and energy, as well as interactive experiences and visuals.

A Chinese concave mirror dated back to 200 B.C. and used to ignite fire, a camera designed to take the star’s first photo in 1857, a 19th century-pocket watch ran on solar energy and a wooden barrel used to cure children with tuberculosis with sunlight are among other pieces exhibited at the museum.

One of the solar energy panels presented as the energy source of the future by former US President Jimmy Carter around 40 years ago but then sent to a storage unit by his successor Ronald Reagan can also be seen in the museum.

Kyle Osbrink from the museum says the exhibition aims to raise knowledge of visitors about many aspects of our lives in relation to the Sun.

Speaking to Anadolu Agency, Osbrink said one of the interesting parts of the exhibition is the part that focuses on the Sun’s effects on human health.

Among the most interesting pieces in the exhibition is an electric light bath -- which was invented by American doctor John Harvey Kellogg, the inventor of breakfast cereal.

The instrument was intended to treat light ailments such as diabetes and rheumatism with the artificial sunlight created by light bulbs but eventually it was proved to be not effective, Osbrink said.

He said that 25 percent of British public did not know the Sun was a star, according to a survey by the museum and the YouGov -- an Internet-based market research firm, and 80 percent has never heard the term “space weather”.

The exhibition also aims to inform the visitors about the potential effects of solar storms, he added.