The ICAO conference is likely to call for planes to send tracking signals at regular intervals in normal flight and to speed them up if they get into trouble. 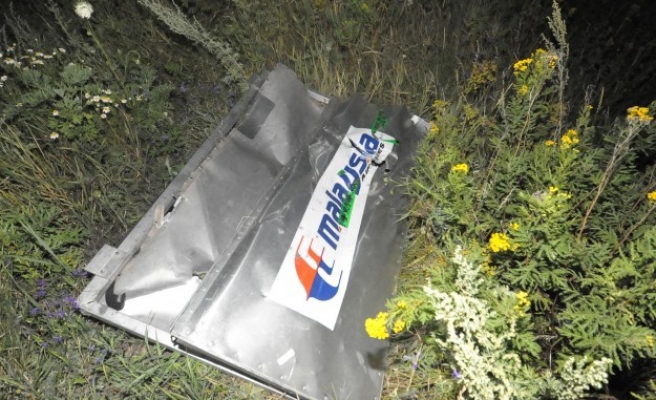 Malaysia, which suffered two commercial air disasters last year after one jet disappeared and another was shot down over Ukraine, said on Monday the United Nations must make reporting of risks to airlines over conflict zones mandatory.

The International Civil Aviation Organization, the U.N.'s aviation agency, been under pressure to come up with new systems to protect aircraft from risks in conflict zones after Malaysia Airlines flight MH17, traveling from Amsterdam to Kuala Lumpur, was shot down in eastern Ukraine last July, killing all 298 people on board.

ICAO has proposed testing a central website where states and agencies could publish public warnings about conflict zones. But crucially, the proposal does not require ICAO member states to provide information.

He said reporting should be "mandatory and timely."

The MH17 incident occurred during fighting between Ukraine and pro-Russian separatist rebels in eastern Ukraine. The United States said the plane was hit with a ground-to-air missile by rebels, but Russia has said that a Ukrainian military aircraft downed the jet.

Last month, Reuters reported that the United States would back the ICAO proposal on flight safety over conflict zones.

The Netherlands, which lost 196 citizens aboard flight MH17, said on Monday the ICAO plan was an important first step and called on all ICAO member states to back it.

"Flying should be associated with freedom and safety not with luck, and airline tickets should not be a lottery ticket," said Netherlands secretary of state Wilma Mansveld, adding quick action was needed on conflict zone risks.

"Mr. Chairman, my country is impatient," she said.

Earlier on Monday, Malaysia also said that real-time aircraft tracking must become a priority for the industry.

While real-time tracking of commercial planes would have a financial impact, it is too vital to ignore, Malaysia said in a working paper presented to ICAO's safety conference which meets through Thursday.

"We believe, based on our unfortunate experience, (it) will be offset by the benefits of enhancing the effectiveness of the alerting and search and rescue services," the paper said.

Malaysian Airlines Flight MH370 disappeared last March shortly after taking off from Kuala Lumpur for Beijing with 239 people aboard. A nearly year-long search, now focused on the Indian Ocean seabed off Australia's western coast, has failed to turn up any sign of the aircraft or its flight recorders, known as black boxes.

"The disappearance of MH370 demonstrates the crucial need to improve aircraft tracking systems for the sake of safety and security," Malaysia said in the working paper. "In this day and age, the fact that an airplane could go missing and that the flight recorders could be so difficult to recover is unacceptable."

The airline industry is divided over the costs of installing new tracking systems.

The ICAO conference is likely to call for planes to send tracking signals at regular intervals in normal flight and to speed them up if they get into trouble.

It is also looking at ejectable black boxes as one way to aid searches and solve mysteries like that of MH370.

But the International Air Transport Association, which represents more than 200 carriers worldwide, refused in December to back a call by an industrywide committee that had met under its own leadership to install currently available systems on its planes within 12 months.