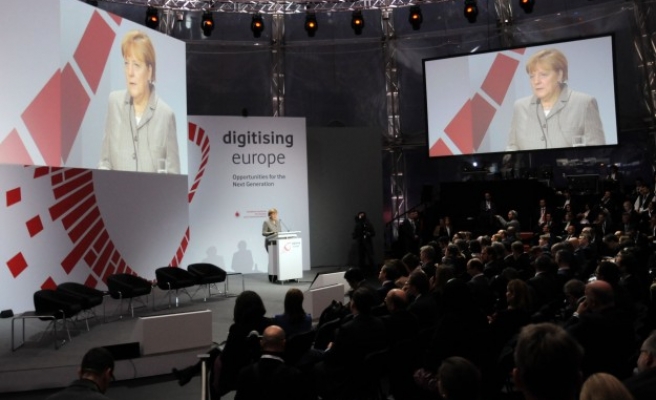 Digitalization of the economy would create new job opportunities for the youth of Europe, Germany’s Chancellor Angela Merkel said on Thursday.

“With digitalization, more jobs will be created than the ones lost in traditional economic sectors,” Merkel said at the international Digitizing Europe conference organized by the Vodafone Institute.

A recent survey by the institute revealed that almost 41 percent of European youth are concerned about the negative effects of digitization on employment.

Merkel stressed that while digitalization involved certain risks, the benefits outweigh the risks.

“It is important that we make use of the opportunities that come through digitalization,” she said.

Germany’s Chancellor also urged European countries to speed up their adaptation to the digital revolution.

“If others would overtake us in digitalization and also catch up with us in terms of economic competence, then Germany and Europe may lose its pioneering role in many fields,” she said.

Merkel also underlined that EU member states can benefit from the advantages of the European single market by adopting to the conditions of the digital revolution.