Moon punched in the face by a meteorite

NASA says about 100 tons of material from space enter Earth's atmosphere every day. The moon, with no protective atmosphere, is fair game for celestial pot-shots 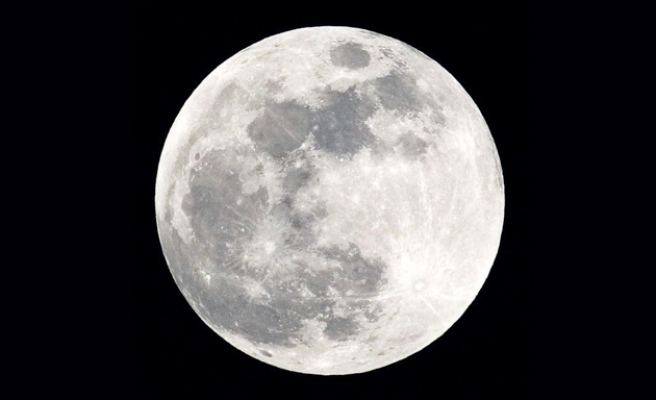 A meteorite as large as 4-1/2 feet (1.5 meters) in diameter smashed into the moon in September, producing the brightest flash of light ever seen from Earth, astronomers said this week.

Similarly sized objects pummel Earth daily, though most are destroyed as they plunge through the planet's atmosphere. NASA says about 100 tons of material from space enter Earth's atmosphere every day.

The moon, with no protective atmosphere, is fair game for celestial pot-shots. The evidence is all over its cratered face and is occasionally recorded by cameras on Earth.

Such was the case on Sept. 11, 2013, when a pair of telescopes in Spain, which were automatically trolling for lunar meteorite impacts, hit pay-dirt with the longest, brightest flash ever observed on the moon.

"At that moment I realized that I had seen a very rare and extraordinary event," astronomer Jose Madiedo, with the University of Huelva in Spain, said in a statement.

Typically, flashes of light from meteorite impacts on the moon last just a fraction of a second. The September flash was nearly as bright as Polaris, the North Star, and the afterglow lasted another eight seconds, a video recording made by Madiedo shows.

"Anyone on Earth who was lucky enough to be looking at the moon at that moment would have been able to see it," the United Kingdom's Royal Astronomical Society said in a press release.

The Spanish telescopes are part of the Moon Impacts Detection and Analysis System, which monitors the lunar surface.

The research was published on Sunday in the Monthly Notices of the Royal Astronomical Society.