People with relatively high levels of certain pesticides in their blood may have an increased risk of type 2 diabetes -- particularly if they are overweight, a new study suggests. 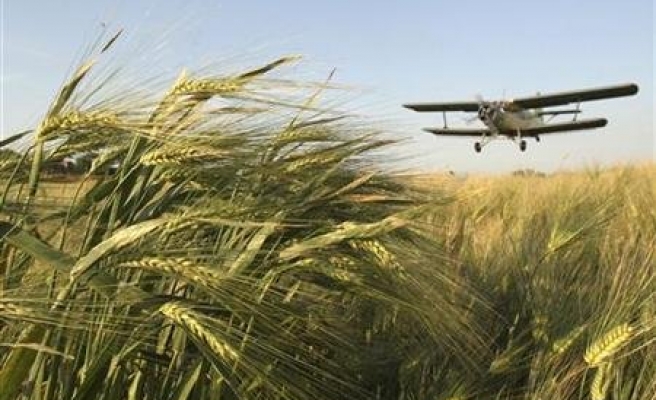 People with relatively high levels of certain pesticides in their blood may have an increased risk of type 2 diabetes -- particularly if they are overweight, a new study suggests.

The study, reported in the journal Diabetes Care, is not the first to link chemical pollutants to diabetes.

A number of studies have found a connection between diabetes risk and exposure to older pesticides known as organochlorines, PCBs and other chemicals that fall into the category of "persistent organic pollutants."

Organochlorines are now banned or restricted in the U.S. and other developed countries, after research linked them to cancer and other potential health risks. PCBs, which were once used in everything from appliances to fluorescent lighting to insecticides, were banned in the 1970s.

However, as the name suggests, persistent organic pollutants remain in the environment for years and build up in animal and human body fat.

In the U.S., diet is the main potential source of exposure, according to the Centers for Disease Control and Prevention (CDC) -- with fatty foods, like dairy products and oily fish, topping the list.

Lab research has suggested that some persistent organic pollutants impair the body's ability to regulate blood sugar, which could help explain the link to type 2 diabetes.

Some of the compounds also have been shown to promote obesity, which is itself a major risk factor for diabetes, noted Riikka Airaksinen of Finland's National Institute for Health and Welfare, who led the new study.

Just over 15 percent had type 2 diabetes. The risk was higher, the researchers found, among people with the highest levels of organochlorine pesticides.

Those with levels in the top 10 percent were about twice as likely to have diabetes as their counterparts in the bottom 10 percent.

But the link appeared to be limited to people who were overweight or obese.

That, the researchers write, suggests that the pollutants and body fat "may have a synergistic effect on the risk of type 2 diabetes."

The results alone do not prove that organochlorine pesticides were the reason for the higher diabetes risk, Airaksinen told Reuters Health in an email.

The researchers accounted for participants' age, sex, waist size and blood pressure levels. But they had no information on things like diet and exercise habits -- which might help explain the pesticide-diabetes link.

But the overall body of research, according to Airaksinen, is pointing toward a cause-and-effect relationship.

The findings are "highly concordant" with past studies on persistent organic pollutants and diabetes risk, agreed Dr. David R. Jacobs, a professor of epidemiology at the University of Minnesota in Minneapolis who has worked on some of that research.

"I fear that the association of chlorinated persistent organic pollutants with diabetes is causal," Jacobs, who was not involved in the current study, told Reuters Health in an email.

"There is a large scientific background of cell-based and animal research that shows that these compounds disrupt endocrine (hormonal) function," he noted.

And unlike the current study, which was done at one time-point, some others have found that people's levels of persistent organic pollutants predict their odds of developing diabetes in the future, Jacobs said.

Experts say that one way to limit your exposure to the chemicals is to limit the animal fat in your diet.

The fat in fish like salmon and tuna, however, is considered generally healthy.

"In Finland," Airaksinen noted, "we have studied a group of professional fishermen who consume a lot of fish in their diet, and have found that their mortality from various common diseases is actually lower than the general Finnish population. This suggests that the health benefit from eating fish surpasses the potential health risks."

Though most persistent organic pollutants have been long banned, Jacobs said, "they are generally all around us in fatty tissues of living organisms." Those chemicals are released in various ways, he said, and are being constantly recycled.

Pesticides and other industrial chemicals in use now are safer, in the sense of not being persistent, Jacobs said.

"But," he added, "a chemical that is bad for the health of one life form -- say insects and weeds -- is not likely to be good for humans. We need much better and more thorough safety testing for substances that we use in industry and for pest control."