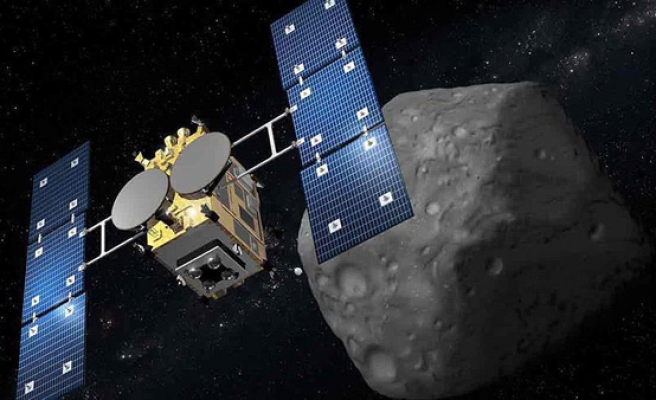 NASA’s Cassini space probe ended its 20-year mission on Friday by crashing into the surface of Saturn.

Cassini, which was launched in 1997 and became the first craft to orbit the famed ringed planet in 2004, was able gather and transmit valuable data about Saturn’s atmosphere even as it was plunging toward destruction. Cassini crashed just before 12 p.m. GMT (8 a.m. EST).

“This has been an incredible mission, an incredible spacecraft, and you're all an incredible team,” program manager Earl Maize said at mission control just after NASA lost the signal from Cassini.

NASA decided to consciously destroy Cassini in order to prevent contamination of Saturn’s moons, some of which are thought to perhaps contain conditions hospitable to life.

As it was diving through Saturn’s atmosphere in what NASA deemed Cassini’s “Grand Finale”, the probe was able to utilize its cameras and other instruments, including a dust analyzer. One infrared image displayed an area just north of Saturn’s equator where NASA believes the spacecraft crashed into.

“There it is, one of the most beautiful planets we can imagine,” NASA associate administrator Thomas Zurbuchen said of the images of Saturn during a press conference, adding that “some of the science borders on sci-fi”.

During its 13 years observing Saturn, Cassini revealed a wealth of information about the planet’s rings and its moons. In 2005, it dropped the probe Huygens onto Saturn’s satellite Titan, the first time a craft executed a landing in the outer solar system. Huygens remains on Titan, likely in the same spot it was deposited by Cassini.

Because of Cassini, astronomers have a much better understanding of Titan and Enceladus, another of Saturn’s moons. NASA now knows that Titan is home to seas of liquid methane, while plumes of water emit from the southern pole of Enceladus.

These discoveries have caused NASA to pivot toward exploring the “ocean worlds” of our solar system, like Enceladus or Jupiter’s moon Europa, because it is thought that they might harbor evidence of life.