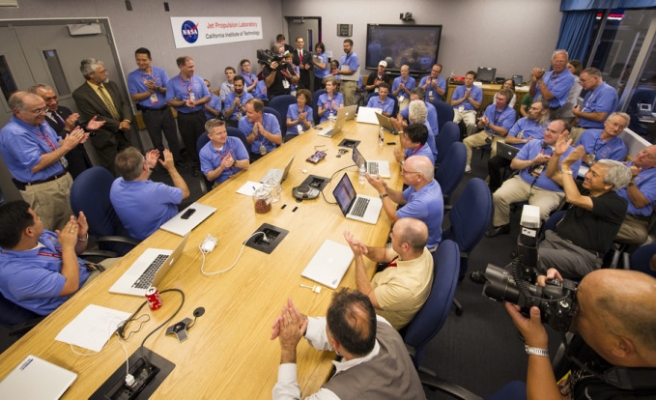 The head of NASA gave his annual “State of NASA” speech Tuesday, the same day President Barack Obama requested $19 billion to fund the space agency in his federal budget plan.

Charles Bolden pointed out that the agency was making progress in sending manned missions to Mars, inventing the next generation of aircraft and developing solutions to fight global climate change.

He also championed on-going successes, like the agency’s partnerships with private spaceflight companies such as SpaceX and the continuous presence of American astronauts on the International Space Station.

“Because astronauts have been working off-the-Earth for-the-Earth for 15 continuous years aboard the International Space Station and they will be through 2024,” Bolden said, “the state of our NASA is strong.”

The proposed budget Obama sent to Congress is for the fiscal year 2017, which begins Oct. 1.

The $19 billion requested is $300 million less than the current budget, with the proposed budget slashing $800 million from programs focused on deep-space exploration and another $100 million cut from planetary science.

Funding for studying the earth was increased by $250 million.

Bolden was careful to point out NASA’s earth-bound advances, like inventing GPS, improving medicine and developing the satellites that connect televisions and wireless devices around the world.

Aviation is becoming an important focus for the agency, which wants to create quieter, more energy efficient and faster aircraft.

He also emphasized that NASA is working hard on its mission to send Americans to Mars by the 2030s, a charge proclaimed by Obama five years ago.

“In the coming year, we'll test an expandable space habitat aboard the Space Station that could lay the groundwork for giving our astronauts a place to live during long duration space missions,” Bolden said.