NASA spacecraft to probe the inside of the moon 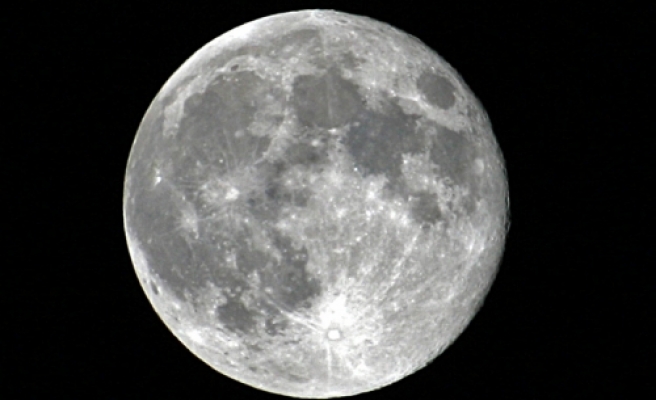 More than 100 spacecraft have been to the moon, including six with U.S. astronauts, but one key piece of information about Earth's natural satellite is still missing, what's inside.

Learning about the interior of the moon is the primary goal of a new NASA mission called Gravity Recovery and Interior Laboratory, or GRAIL, which is scheduled to launch Thursday at 8:37 a.m. (1237 GMT) from Cape Canaveral Air Force Station.

Aboard the United Launch Alliance Delta 2 rocket are two identical satellites designed to reveal dips and swells in the moon's gravity field, which will give scientists insight into the moon's core.

Overall, the moon has about one-sixth the gravity of Earth, but it is not evenly distributed. On the moon, a mountain actually might be a molehill, gravitationally speaking.

"That's where it gets interesting," he said. "The planet (moon) has compensated for the weight of this load for a net zero effect.

Likewise, gravity maps of lunar flatlands show unexplained pockets of extra heft, an indication of subterranean deposits or structures. Learning the interior structure of the moon is considered critical to piecing together the story about what happened to the moon since its formation some 4.5 billion years ago.

Scientists believe the moon's building blocks were large chunks of debris jettisoned from Earth after a collision with an object as big as Mars. In addition to unraveling the moon's history, GRAIL scientists expect to extrapolate their findings to other rocky bodies, both in our solar system and eventually to those beyond.

"Other planets of the inner solar system have gone through the same processes that the moon has gone through," said GRAIL chief scientist Maria Zuber of the Massachusetts Institute of Technology.

The two spacecraft will take a long, slow journey to the moon, arriving on Dec. 31 and Jan. 1. After a few months to maneuver into the proper orbit, the pair will spend 82 days flying over the lunar poles, linked by radio waves.

When one spacecraft flies over a region of higher gravity, it will speed up, momentarily changing the distance between itself and its sibling probe. Less dense regions likewise will affect the satellites' positions. Using the radio waves as a ruler, changes as tiny as a micron -- the width of a red blood cell -- can be detected.

With gravity maps in hand, scientists can then use computer models and data from other lunar missions to determine whether the moon's core is solid, liquid or a combination of the two, and what elements it like contains.

"I actually think in the next five years we're going to rewrite the books in our understanding of the rocky planets," Zuber said.