Scientists announced that they had, for the first time, determined the full genome sequence of an ancient American, a toddler who lived some 12,600 years ago and was buried in western Montana. 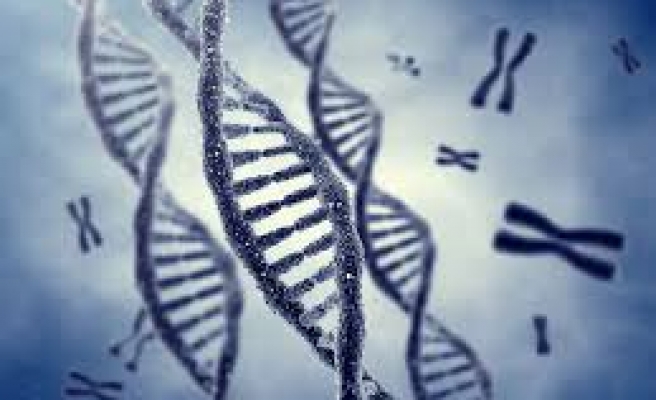 For more than 20 years anthropologists have debated whether the first Americans arrived in the New World by walking over a land bridge across the Bering Strait, as millions of schoolchildren have been taught, or by sea from southwest Europe, perhaps in animal-skin kayaks.

A new analysis challenges the out-of-Europe hypothesis, which has figured in a political debate over the rights of present-day Native American tribes. Scientists announced on Wednesday that they had, for the first time, determined the full genome sequence of an ancient American, a toddler who lived some 12,600 years ago and was buried in western Montana. His DNA, they report, links today's Native Americans to ancient migrants from easternmost Asia.

The study, published in the journal Nature, "is the final shovelful of dirt" on the European hypothesis, said anthropological geneticist Jennifer Raff of the University of Texas, co-author of a commentary on it in Nature.

The idea that the first Americans arrived millennia earlier than long thought and from someplace other than Beringia - which spans easternmost Russia and western Alaska - has poisoned relationships between many Native Americans and anthropologists. Some tribes fear that the theory that the continent's first arrivals originated in Europe might cast doubt on their origin stories and claims to ancient remains on ancestral lands.

Despite the new study, other experts say the debate over whether the first Americans arrived from Beringia or southwestern Europe, where a culture called the Solutrean thrived from 21,000 to 17,000 years ago, is far from settled.

The partial skeleton of the 1-year-old boy, called Anzick-1, was discovered when a front-end loader hit it while scooping out fill in 1968. The grave and its environs contained 125 artifacts including stone spear points and elk antlers centuries older than the bones, said anthropologist Michael Waters of Texas A&M University's Center for the Study of the First Americans, a co-author of the Nature study.

That suggests that the antler artifacts "were very special heirlooms handed down over generations," Waters said. Why they were buried with the boy remains unknown.

The distinctive stone tools show that the boy was a member of the Clovis culture, one of the oldest in North America and dating to around 12,600 to 13,000 years ago. The origins and descendants of the Clovis people have remained uncertain, but the boy's genome offers clues.

"The genetic data from Anzick confirms that the ancestors of this boy originated in Asia," said Eske Willerslev of the Natural History Museum of Denmark, who led the study. The DNA shows that the child belonged to a group that is a direct ancestor to as many as 80 percent of the Native Americans tribes alive today, he said: "It's almost like he is a missing link" between the first arrivals and today's tribes.

The most likely scenario, said Texas's Raff, is that humans reached eastern Beringia from Siberia 26,000 to 18,000 years ago. By 17,000 years ago, receding glaciers allowed them to cross the Bering Strait. Some migrated down the Pacific coast, reaching Monte Verde in Chile by 14,600 years ago, while others - including the ancestors of Anzick-1 - headed for the interior of North America.

The genetic analysis found that the boy is less closely related to northern Native Americans than to central and southern Native Americans such as the Maya of Central America and the Karitiana of Brazil. That can best be explained, the scientists say, if he belonged to a population that is directly ancestral to the South American tribes.

Today's Native Americans are "direct descendants of the people who made and used Clovis tools and buried this child," the scientists wrote. "In agreement with previous archaeological and genetic studies, our genome analysis refutes the possibility that Clovis originated via a European migration to the Americas."

Not all experts are convinced. "We definitely have some stuff here in the east of the United States that is older than anything they have in the west," said anthropologist Dennis Stanford of the Smithsonian Institution, a proponent of the out-of-Europe model. "They've been reliably dated to 20,000 years ago," too early for migrants from Beringia to have made the trek, he said, and strongly resemble Solutrean artifacts.

One variant of DNA that is inherited only from a mother, called mitochondrial DNA, and is found in many Native Americans has been traced to western Eurasia but is absent from east Eurasia, where Beringia was before the sea covered it, Oppenheimer explained. For the variant, called X2a, to have such a high frequency in Native Americans "it must have got across the Atlantic somehow," he said. The new study "completely ignored this evidence, and only the Solutrean hypothesis explains it."

The scientists hope the Anzick boy has yielded all his secrets: He will be reburied by early summer.

Genetics will continue to shed light on our complex history. As an American, my genetic history is quite mixed. Though I do not share my Cherokee ancestor's experience, I am aware of their culture and believe that native Americans that live on reservation deserve our help and support to live better lives.