The study identified a strain of microbe able to grow on both methane, a powerful greenhouse gas, and propane 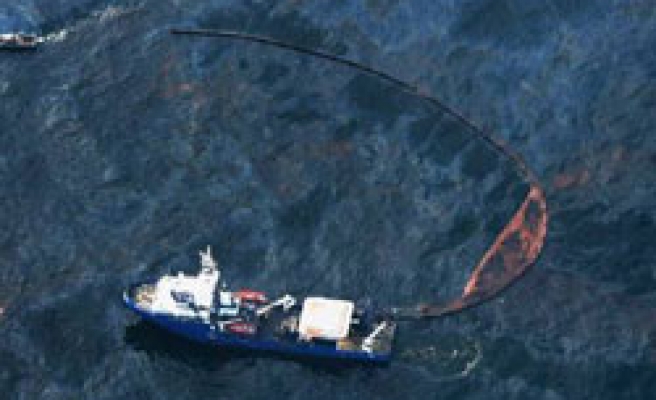 A type of bacteria that eats natural gases may provide a small defence against leaks such as BP's Gulf of Mexico oil spill in 2010 and curb global warming, a scientific report said on Monday.

The study identified a strain of microbe able to grow on both methane, a powerful greenhouse gas, and propane. Both are found in unrefined natural gas and scientists had previously thought that bacteria could only grow on one or the other.

In consuming both methane and propane the bacteria prevent the gases reaching the atmosphere, Britain's University of East Anglia said of the report written by two of its scientists in the journal Nature.

That means the microbes "could help mitigate the effects of the release of greenhouse gases to the atmosphere from both natural gas seeps in the environment and those arising from man-made activity such as fracking and oil spills," it said.

The versatile diet of the bacteria, methylocella silvestris, may mean a microbial ally in absorbing pollution and greenhouse gases that a U.N. panel of scientists says are extremely likely to be the main cause of global warming since 1950.

First found in northern Europe, the bacteria were also detected after BP's spill in the Gulf of Mexico in 2010, the worst U.S. offshore disaster, the study said. The explosion of the Deepwater Horizon rig killed 11 workers and spewed oil and gases into the Gulf of Mexico.

Colin Murrell, a co-author, told Reuters that scientists did not know how far bacteria limited leaks. The study said natural seepage of gases from underground deposits was widespread but "largely undocumented."

Still, he said it might be possible sometime to grow the microbes and seed them in areas where gas is leaking. "There is potential ... it may be seeding, leaving it and helping nature a bit along its way," he said.

But another expert who was not involved in the study said the bacteria seemed able to adapt on their own.

"The good thing about such bacteria is that they can grow fast: the one found here can double every 10 hours," Antje Boetius, a professor at the Max Planck Institute for Marine Microbiology in Germany, told Reuters.

"After an oil spill, it can theoretically make up most of the bacterial community in the environment after a week and consume a lot of the methane or propane leaking," she said.

That explosive growth meant it would not be necessary for companies to try to grow bacteria, for instance, in case of oil spills. "Nature grows them for us," she said.

Such sources account for about 50 to 65 percent of methane with the rest coming from natural wetlands, lakes, wildfires or permafrost, according to a U.N. report last year.