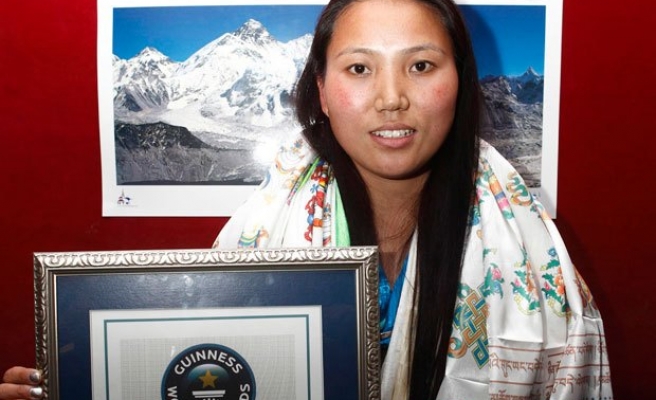 "This is a big recognition for me," Chhurim, who like most sherpas is known by her first name, told Reuters.

Chhurim, who hails from the Solukhumbu region in northeastern Nepal that is home to Mount Everest and other notable peaks, returned to the base came for some rest after her first ascent only to head back up the peak seven days later.

"It was difficult and hard while climbing up a second time. But once I reached the top everything was fine," she said.

"I was very happy that I could accomplish what I had always wanted to do."

She said she wanted to return to Mount Everest sometime but had no immediate plans to do so.

Mount Everest has been climbed by about 4,000 climbers since it was first scaled by New Zealand beekeeper Sir Edmund Hillary and Tenzing Norgay Sherpa in 1953.

Apa Sherpa, a Nepali climber who lives in the United States, holds the record of 21 ascents of Mount Everest.