The new maps show the Milky Way galaxy, along with the Virgo cluster and some 100,000 other galaxies, are gravitationally sailing in the same gigantic cosmic pool, named Laniakea. 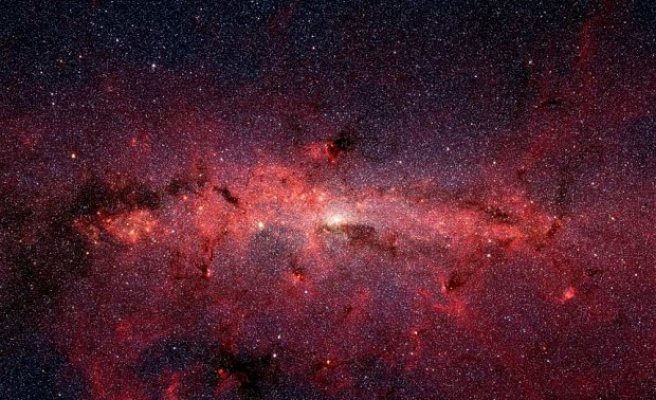 The Milky Way galaxy resides on the outskirts of a massive, previously unknown galaxy super-cluster scientists have named Laniakea, from Hawaiian words for "immeasurable heaven."

The discovery, reported in this week's issue of the journal Nature, stems from a new mapping technique that combines not only the distances between more than 8,000 nearby galaxies, but also their relative motions.

The technique enables astronomers for the first time to clearly delineate where one super-cluster of galaxies ends and another gravitationally bound super-cluster structure begins.

The new maps show the Milky Way galaxy, along with the Virgo cluster and some 100,000 other galaxies, are gravitationally sailing in the same gigantic cosmic pool, named Laniakea.

Scientists previously believed the Milky Way galaxy, which is where Earth and the rest of the solar system reside, was part of a cluster measuring about 100 million light-years in diameter. The new study shows that structure is just an appendage of the larger Laniakea.

Bordering Laniakea are the Shapley, Hercules, Coma and Perseus-Pieces super-clusters, though the far edges of the neighboring galaxy complexes have not yet been determined. Thousands more distance measurements will be needed for that, said astronomer and lead researcher Brent Tully, with the University of Hawaii.

"We haven't seen the edges of our neighbors and we haven't seen far enough to understand what's causing this full motion of our galaxy," Tully said in an interview.

Having a clear method for identifying super-clusters is expected to help scientists piece together a better idea of how galaxies, including the Milky Way, evolve, astronomer Elmo Tempel, with the Tartu Observatory in Estonia, said in a related Nature commentary.

"Hopefully, this will initiate observational programs to carry out additional direct-distance measurements of galaxies," Tempel wrote in an email to Reuters.