For the first time in more than 40 years, NASA has launched a spaceship designed to carry astronauts far beyond Earth 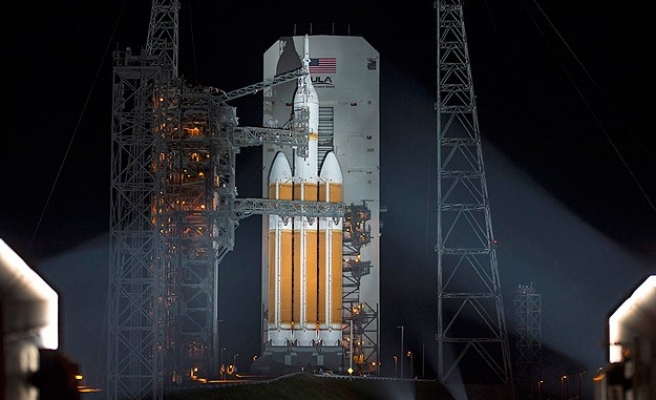 A U.S. spaceship designed to one day fly astronauts to Mars made a near-bullseye splashdown in the Pacific Ocean on Friday, wrapping up a flawless, unmanned debut test flight around Earth.

"It's hard to have a better day than today," NASA's Orion capsule program manager Mark Geyer told reporters after landing.

The cone-shaped capsule blasted off aboard a Delta 4 Heavy rocket, the biggest in the U.S. fleet, just after dawn from Cape Canaveral Air Force Station in Florida. Three hours later, it reached peak altitude of 3,604 miles (5,800 km) above the planet, a prelude to the most challenging part of the flight, a 20,000-mph (32,000 km/h) dive back to Earth.

Orion survived a searing plunge through the atmosphere, heating up to 4,000 degree Fahrenheit (2,200 degree Celsius) - twice as hot as molten lava - and experiencing gravitational forces eight times stronger than Earth's.

Details of the spaceship's performance, especially how it weathered surges of radiation as it passed through the lower Van Allen radiation belt, will come after data recorded by more than 1,200 onboard sensors is retrieved and analyzed.

The point of the flight, which cost NASA about $375 million, was to verify that Orion's 16.5-foot (5-meter) diameter heat shield, parachutes, avionics and other equipment would work as designed prior to astronauts flying aboard.

NASA has been developing Orion, along with a new heavy-lift rocket, for more than eight years. The design of the rocket has changed, leaving Orion sole survivor of the canceled Constellation lunar exploration program to become the centerpiece of a new human space initiative intended to fly crews to Mars.

NASA has spent more than $9 billion developing Orion, which will make a second test flight, also without crew, in about four years.

A third mission, expected around 2021, will include two astronauts on a flight that will send the capsule high around the moon. Since the end of the Apollo moon program in 1972, astronauts have flown only a few hundred miles above Earth.

Orion's debut flight originally had been slated for Thursday but a problem with the rocket, built and flown by United Launch Alliance, a partnership of Lockheed and Boeing Co, delayed the launch one day.