Cosmic rays can help produce aerosol particles which foster cloud buildup but they are not likely to be a major presence in the atmosphere, according to a study published in the journal Nature. 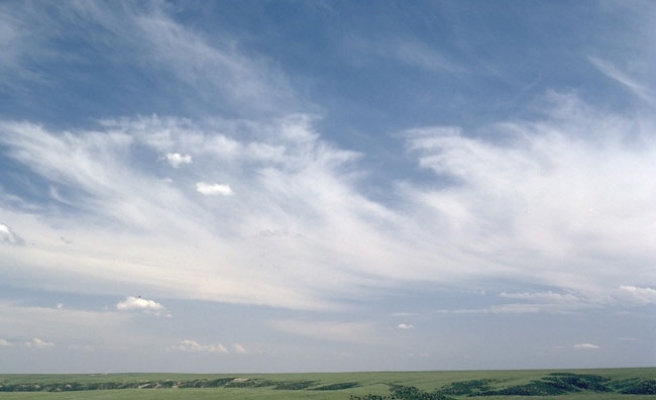 New research reported on Wednesday has uncovered evidence that cosmic rays have an effect on cloud formation, influencing the world's weather, but found no proof that they help propel climate change.

Cosmic rays can help produce aerosol particles which foster cloud buildup but they are not likely to be a major presence in the atmosphere, according to a study published in the journal Nature.

The study was based on findings from the European Organization for Nuclear Research (CERN)'s CLOUD experiment, which uses a cloud chamber to study possible associations between galactic cosmic rays and cloud formation.

Cosmic rays are charged particles that enter the Earth's atmosphere from outer space. They could affect the amount of cloud covering the Earth through the formation of new aerosols -- tiny particles that help cloud droplets to form.

Changes in cloud cover of just a few percent have been shown to have an important effect on the world's climate.

The Nature study of the CLOUD experiment's results found that, through the influence of sulphuric acid, ionisation could enhance the rate of water droplet growth at certain temperatures.

"(...) It could be quite large when averaged globally over the troposphere," said the Nature study.

"However, the fraction of these freshly nucleated particles that grow to sufficient sizes to seed cloud droplets ... remain open questions experimentally," it added.

"These are important findings for the potential link between galactic cosmic rays and clouds."

Academics welcomed the findings but said they did not prove that cosmic rays were a major driver of climate change.

"This paper is very much only a first step in the quantification of the climate effect of cosmic rays, so it would certainly be wrong to conclude that cosmic rays are a major driver of climate change," said Piers Forster, professor of climate change at the University of Leeds.

Although the study confirms that cosmic rays can help produce aerosol particles, it also shows they do not contribute much in the lower atmosphere, he said.

"This makes it extremely unlikely that they can affect low clouds anywhere other than cold and pristine marine environments," he added.

A second academic said the effect of cosmic rays on global warming is likely only very small compared to other effects.

"Many processes contribute to cloud droplet formation. The CERN results show that ions add one more and a small one at that," said Arnold Wolfendale, emeritus professor at Durham University.

"In conclusion, we know of no evidence favouring a cosmic ray effect on climate at more than a few percent (10 percent at the maximum over the last 150 years)," he added.