Blind people say the KNFB Reader app will enable a new level of engagement in everyday life, from reading menus in restaurants to browsing handouts in the classroom. 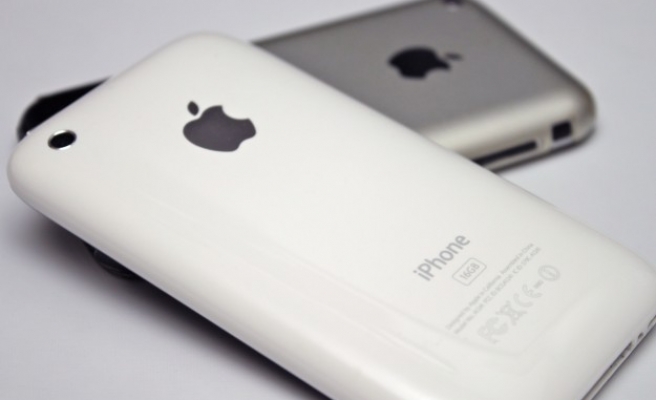 Jonathan Mosen, who has been blind since birth, spent his evening snapping photos of packages in the mail, his son's school report and labels on bottles in the fridge. In seconds, he was listening to audio of the printed words the camera captured, courtesy of a new app on his Apple Inc iPhone.

"I couldn't believe how accurate it was," said Mosen, an assistive technology consultant from New Zealand.

The new app that allows blind people to listen to an audio readback of printed text is receiving rave reviews after its first day of availability and is being heralded as a life-changer by many people.

Blind people say the KNFB Reader app will enable a new level of engagement in everyday life, from reading menus in restaurants to browsing handouts in the classroom.

The $99 app is the result of a four decades-long relationship between the National Federation of the Blind and Ray Kurzweil, a well-known artificial-intelligence scientist and senior Google employee. According to its website, K-NFB Reading Technology Inc and Sensotec NV, a Belgium-based company, led the technical development of the app.

Kurzweil, who demonstrated the app on stage at the NFB's annual convention in June, said it can replace a "sighted adviser".

The app has already given some people greater independence, users said on Thursday and Friday on social-media sites such as Twitter. One early adopter, Gordon Luke, tweeted that he was able to use the app to read his polling card for the Scottish Referendum.

The app will be available on Android in the coming months, Kurzweil told Reuters in an interview. He may also explore a version of the app for Google Glass, a postage stamp-sized computer screen that attaches to eyeglass frames and is capable of taking photos, recording video and playing sound.

"Google Glass makes sense because you direct the camera with your head," Kurzweil said.

Kurzweil started working on so-called "reading machines" in the early 1970s after chatting on a plane with a blind person who voiced frustrations with the lack of optical-recognition technology on the market.

A few years later, "Kurzweil burst into the National Federation of the Blind's offices in Washington, D.C., and said he had invented a reading machine," recalled Jim Gashel, a former NFB employee who currently heads business development at KNFB Reader. "It was phenomenal."

Kurzweil's first reading machine was the size of a washing machine and cost $50,000. The technology has continued to improve over the past few decades - the new smartphone app can recognize and translate print between different languages and scan PowerPoint slides up to 25 feet (7.6 meters) away - but it was not available on a mainstream mobile device until now.

Previously, it cost more than $1,000 to use the software with a Nokia cell phone and a camera.

The app's release comes at a time when the technology industry has faced criticism for being too focused on making what some deem frivolous products such as apps for sharing photos and video games, as well as for intruding into people's personal privacy.

In San Francisco, activists have blocked commuter buses operated by companies such as Google and Apple, and picketed the homes of some tech company executives for driving up the cost of living and not doing enough to help fix the city's problems.

San Francisco-based Bryan Bashin, executive director of the non-profit Lighthouse for the Blind and Visually Impaired, said the KNFB app shows the positive and profound impact that technology can have.

"There are innumerable times in life that I'll have a bit of print and there will be nobody around who can help me out, and I'll just want to know something as simple as 'Is this packet decaf or caffeinated coffee?'" Bashin said.

"The ability to do this easily with something that fits in your pocket at lightning speed will certainly be a game changer."