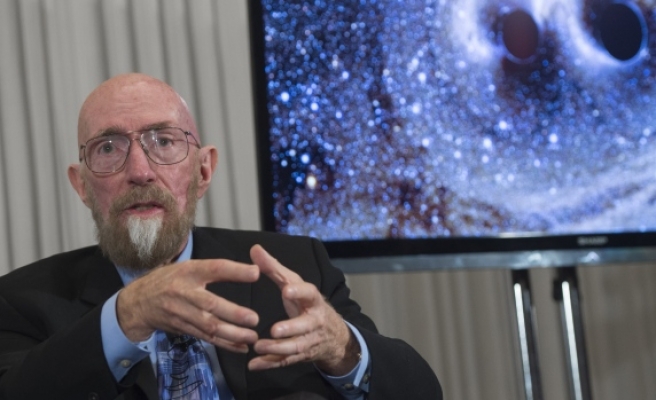 The 2017 Nobel Prize in Physics has been awarded Tuesday to three scientists for their work on capturing gravitational waves, i.e. ripples in space-time of which the existence was predicted by Albert Einstein about a century ago.

The Royal Swedish Academy of Sciences in Stockholm has awarded one half of the prize to Rainer Weiss, 85, and the other jointly to Barry C. Barish, 81, and Kip S. Thorne,77, "for decisive contributions to the LIGO [Laser Interferometer Gravitational-Wave Observatory] detector and the observation of gravitational waves”, said the press release.

The press release said the gravitational waves were observed for the very first time on Sept. 14, 2015.

“The waves, which were predicted by Albert Einstein a hundred years ago, came from a collision between two black holes,” the statement said.

According to Albert Einstein’s general theory of relativity, “gravitational waves spread at the speed of light, filling the universe.” However, Einstein thought the waves would never be observed.

“The signal was extremely weak when it reached Earth, but is already promising a revolution in astrophysics. Gravitational waves are an entirely new way of observing the most violent events in space and testing the limits of our knowledge,” it added.

The leading effort of the 2017 Nobel laureates in developing the Laser Interferometer Gravitational-Wave Observatory (LIGO) made observing the gravitational waves possible.

“LIGO is a collaborative project with over 1,000 researchers from more than 20 countries,” said the statement.

“The LIGO project’s achievement was using a pair of gigantic laser interferometers to measure a change thousands of times smaller than an atomic nucleus, as the gravitational wave passed the Earth,” the statement said.

The Nobel Prize will be handed out on Dec. 10 on the anniversary of the death of Swedish inventor Alfred Nobel, who created the award in 1895.