Ozone in smog damages health even at current level

Even at current levels, doctors and public health groups warn that ozone, a key smog ingredient, is harmful, especially for those already suffering from lung diseases. 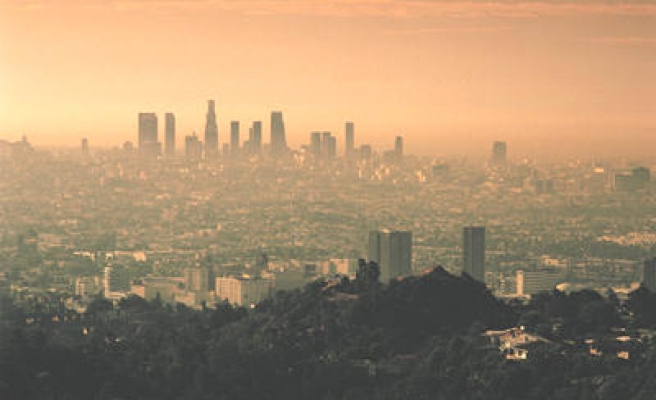 Under pressure from businesses and Republican lawmakers, the Environmental Protection Agency had delayed issuing a rule on ozone limits several times. On Friday, Obama unexpectedly told the EPA to withdraw the clean-air initiative.

Even at current levels, doctors and public health groups warn that ozone, a key smog ingredient, is harmful, especially for those already suffering from lung diseases.

"We don't really know what level of ozone is truly safe," said Dr. Monica Kraft, director of the Asthma, Allergy and Airway Center at Duke University and president-elect of the American Thoracic Society.

"We are concerned that there won't be any change (in standards) until 2013, even though the levels we have now already can actually worsen lung disease and cause more symptoms, visits to the emergency departments and deaths."

Under the proposed rule, factories and oil, natural gas and power generators would have been forced to cut emissions of ozone, nitrogen oxides and other chemicals, which form smog when they react with sunlight.

Ozone, of all air pollutants, is the most dangerous as it has direct effects on lung tissue. Its irritating activity can cause coughing, wheezing and shortness of breath even in healthy people, and is especially damaging for those already ill, the elderly, children and people predisposed for lung problems such chronic allergies.

"Ozone is basically putting your lungs on display for suntanning. It burns the airways the same way sun burns your skin," said Dr. Albert Rizzo, a pulmonary specialist and an American Lung Association national board chairman.

Ozone exposure peaks on hot and humid sunny days and can increase flair-ups for people with chronic asthma or bronchitis. For people with heart problems, ozone can inhibit the release of oxygen into the bloodstream and increase the chance of heart attacks or strokes.

EPA Administrator Lisa Jackson, supported by a broad range of environmental groups, has said the ozone rules would save as much as $100 billion in health costs, and help prevent as many as 12,000 premature deaths from heart and lung complications.

Jackson said in a statement the EPA would revisit the ozone standard, in compliance with the Clean Air Act, but she shied away from commenting on the White House's decision.

"It's a huge loss for public health because what this means is that we're not setting a standard to protect public health," said Paul Billings, national policy and advocacy vice president at the American Lung Association.