Toxoplasmosis is often symptom-free, but it can be dangerous in people with weak immune systems or during pregnancy, since the parasite may be passed to babies. 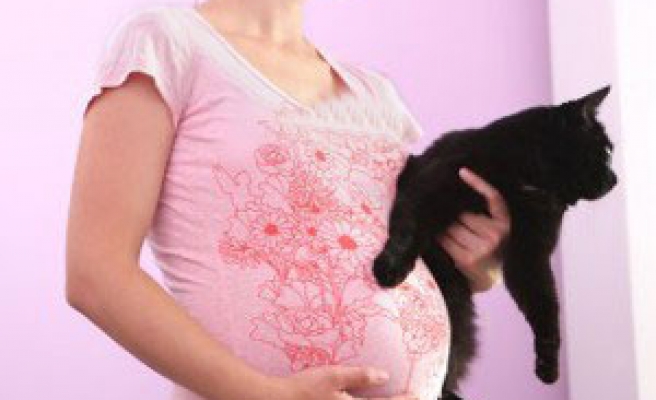 Women who are infected with a common parasite may be more likely to harm themselves or to attempt suicide, according to a study of more than 45,000 Danish women.

The infection, known as toxoplasmosis, is caused by the parasite Toxoplasma gondii. Humans can become chronically infected by eating undercooked meat or unwashed vegetables, or by handling cat litter, as the parasite is known to multiply in the gut of infected cats.

Some studies have linked the parasite to a higher chance of developing schizophrenia, and researchers believe that because the T. gondii parasite lives in the brain, it could have an effect on emotions and behavior.

"Women with a T gondii infection have an increased risk of self-directed violence," wrote study leader Teodor Postolache at the University of Maryland School of Medicine in Baltimore in the Archives of General Psychiatry.

For the study, Postolache and his colleagues used Danish medical registries to track 45,788 women who were originally included in a study that screened newborn babies for toxoplasmosis.

Toxoplasmosis is often symptom-free, but it can be dangerous in people with weak immune systems or during pregnancy, since the parasite may be passed to babies.

All of the infants in the screening were tested for antibodies against the parasite through a blood sample drawn five to 10 days after birth. Because the babies were still too young to make their own antibodies, any that showed up in their blood would have been passed from their mothers.

Just over one-quarter of the babies were positive for the antibodies, meaning their mothers likely had a chronic, underlying toxoplasmosis infection.

In total, 488 women hurt themselves for the first time during the study, or eight out of every 10,000 annually, and 78 tried to kill themselves.

Louis Weiss, who studies toxoplasmosis at Albert Einstein College of Medicine in New York but was not involved with the study, said the findings were "really quite interesting" but that the risk was not very high.

"There probably is an effect of this parasite on human behavior, which has been suspected" based on studies of animals infected with the parasite, Weiss added.

Overall, only 18 women in the study actually committed suicide, which was too small a number for the researchers to determine if the parasite put some women at higher risk.

Based on the studies, Postolache and his colleagues also could not say for sure whether toxoplasmosis infection caused the women to harm themselves or attempt suicide. It could be, for example, that women with underlying mental problems were more likely to pick up the parasite because they cooked their meat or washed their vegetables improperly.

But he also said the parasite could directly affect the brain, by making cells produce more or less of certain neurotransmitters that control mood and behavior. The immune system may also contain an infection at the cost of brain function.

Both researchers emphasized that pregnant women should not avoid or get rid of their housecats based on the findings, with Weiss noting that most of the parasites that cause infection are passed by feral cats and end up in the environment. SOURCE: http://bit.ly/NsuK4O