Parasites may get nastier with climate swings: study

A U.N. panel of experts says that global warming is expected to add to human suffering from more heatwaves, floods, storms, fires and droughts, and have effects such as spreading the ranges of some diseases. 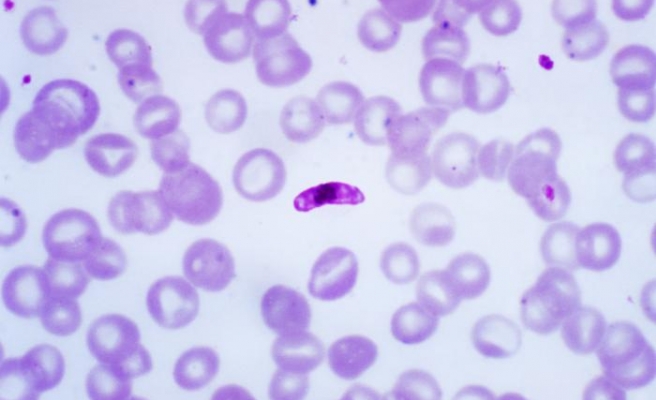 Parasites look set to become more virulent because of climate change, according to a study showing that frogs suffer more infections from a fungus when exposed to unexpected swings in temperatures.

Parasites, which include tapeworms, the tiny organisms that cause malaria and funguses, may be more nimble at adapting to climatic shifts than the animals they live on since they are smaller and grow more quickly, scientists said.

"Increases in climate variability are likely to make it easier for parasites to infect their hosts," Thomas Raffel of Oakland University in the United States told Reuters, based on findings about frogs and a sometimes deadly skin fungus.

"We think this could exacerbate the effects of some disease," he said of the report he led withcolleagues at the University of South Florida. It will be published in Monday's edition of the journal Nature Climate Change.

A U.N. panel of experts says that global warming is expected to add to human suffering from more heatwaves, floods, storms, fires and droughts, and have effects such as spreading the ranges of some diseases.

"Few...studies have considered the effects of climate variability or predictability on disease, despite it being likely that hosts and parasites will have differential responses to climatic shifts," they wrote.

The scientists exposed Cuban treefrogs in 80 laboratory incubators to varying temperatures and infections of a fungus, Batrachochytrium dendrobatidis, that is often deadly for the amphibians.

In one experiment, frogs kept at a temperature of 25 degrees Celsius (77F) for four weeks suffered far more infections when they were shifted to incubators at 15C (59F) and exposed to the fungus than frogs already used to living at 15C.

"If you shift the temperature a frog is more susceptible to infection than a frog that is already adapted to that temperature," Raffel said.

In another test, frogs that were exposed to predictable daily temperature variations between 15 and 25 Celsius, typical of shifts from night to day, were much better at resisting the fungus.

Based on factors including their size, life expectancy and factors such as their metabolisms, the scientists said frogs probabably took 10 times as long as fungus to get used to unexpected temperature changes, a process known as acclimation.

Raffel said that more tests were needed of other parasites and hosts to confirm the findings. "Thisstudy was only done on an single tropical frog species," he said.

He said he was unaware of studies about how other parasites such as malaria, for instance, might be affected by temperature swings that affect both its mosquito and human hosts. "It's an open question," he said.

Still, he said that there was speculation that cold-blooded creatures such as frogs, insects, reptiles or fish might be more susceptible to parasites as temperature shifted than warm-blooded birds and mammals.