Control of pests in urban areas is a global problem, as people increasingly move into cities 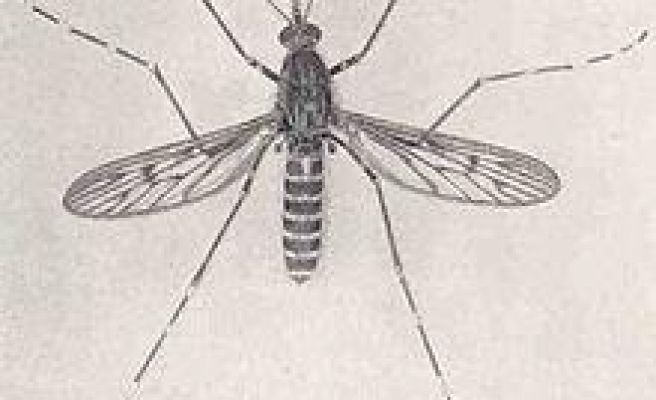 Having returned from a wonderful though hot and humid summer trip to Turkey – one of the things we could have done without was the mosquitoes.  They are a nuisance for travelers and residents around the world, especially in tropical regions.  These pests aren’t just an annoyance, as they can spread diseases such as malaria, West Nile fever, and epidemics of dengue fever.  Thank God, at least we didn’t visit Alaska, where the mosquitos can be a centimeter or larger!

Traditionally, mosquito control has included chemical techniques such as oil and pesticides (DDT), as well as traps that repel or kill developing or adult insects.  These methods have shown varying effectiveness, depending on species and size of population.  However, many residential communities have become increasingly concerned with regard to regular use of chemical pesticides, having shown harmful effects on human populations, especially children.  Even agricultural animals and vegetation can be affected by residual pesticides, spurring concerns about whether food sources might contain harmful amounts.  Various alternative methods, including biological (other insects, bacteria, plants) and electrical methods have been tried, still showing limited success in wide use, and often introducing new concerns while trying to solve the original pest problem.  On a limited level, even simple techniques still seem to be worth a try, like a high-speed fan.

Control of pests in urban areas is a global problem, as people increasingly move into cities such as Istanbul, New York, Mumbai, and Rio de Janeiro.  A number of species such as cats, dogs, rats, mice, and insects of all kinds, have traditionally plagued urban residences and commercial areas alike, and continue to be a problem for municipalities and residents.  Pest animals also have environmental impact, with feral cats killing over a billion birds every year.

In some cities, stray cat populations that were a long-standing problem have seen a decline due to a standardized practice known as “trap, neuter, and return”, or TNR.  It is seen as a more humane and efficient way to reduce the population of feral (wild) animals, though implementation must be rigorous and release of animals does not remove the pests, even if they can’t breed.  The rationale used for the effectiveness of TNR is that neutered (and vaccinated) animals will compete significantly with other feral pests for food and territory, and since they will not spend time to breed and take care of children, they will consume more, be stronger, outlive normal animals, but eventually die leaving no offspring.

Recent advances in genetic engineering have encouraged biotechnologists to develop strains of mosquitos (among other species) to have certain desired characteristics, such as sterility, aversion to human blood, and inability to host agents for malaria and other diseases.  It will be years before safety and efficacy testing pass regulatory standards, and as always, any new technique will have its own caveats and associated risks.  In addition, the impact of a reduced mosquito population on species for which they are food, such as fish, birds, and bats, and in turn their predators, is hard to predict.

An eerie reflection on the above pest control measures is to imagine what effect that certain social engineering techniques are designed to obtain.  The decline of marriage, delay in child-bearing, increase in homosexual and other non-reproductive lifestyles – all correspond to individuals who have more time, often have and consume more resources, and compete on at least a cultural level with people in families geared toward bearing and raising children.  One can’t but wonder whether modern populations are themselves in some sort of “TNR” experiment…  Can’t we all just get along?