The detectors cut costs by 90 percent from existing devices, many of which come from foreign firms. 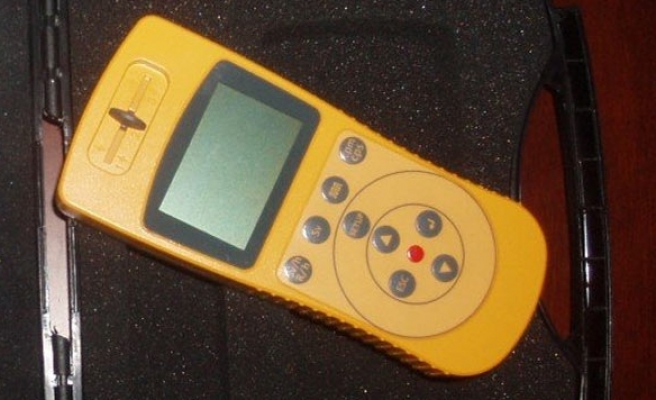 To meet growing demand for radiation detectors after Japan's March earthquake and tsunami, which set off the world's worst nuclear accident in 25 years, a Japanese researcher has come up with devices made from recycled PET bottles -- inexpensively.

The detectors devised by Hidehito Nakamura, an assistant professor at Kyoto University in western Japan, in cooperation with Teijin Ltd, cut costs by 90 percent from existing devices, many of which come from foreign firms.

"We're aiming to have a final product by the end of September, given the ever-increasing demand following the March earthquake," said Toru Ishii, a sales executive at Teijin.

Nakamura came up with "Scintirex," a plastic resin that emits a fluorescent glow when exposed to radiation. The resin acts as a sensor within the radiation detectors, allowing measurements of radiation.

The new material is expected to drastically cut costs for high-demand personal radiation detectors and larger survey meters to be used for commercial or official purposes.

Teijin's PR department estimates that sensors for detection devices will become available to high priority government organisations and companies as early as next month at approximately 10,000 yen ($130) -- one-tenth of the cost of currently available materials.

Until now, the French company has dominated the radiation sensor market in Japan. However, Ishii said Nakamura's invention is expected to compete.

Though Nakamura's findings were published in the Europhysics Letter journal at the end of June, development has been picking up pace, given the strong demand.

A massive March 11 earthquake and tsunami crippled the coastal Fukushima Daiichi power plant in northeastern Japan, sparking a fuel-rod meltdown and the biggest nuclear crisis since Chernobyl in Ukraine in 1986.

The plant is still leaking radiation, sparking widespread worries about radiation and demand for radiation detectors as worried Japanese decide to check radiation levels for themselves.

Once available, the product will initially be used by government organisations and companies for testing throughout September and October, after which it should gradually become available to the general public, Ishii said. ($1 = 76.770 Japanese Yen)