Scientists say climate change will cause more extreme droughts and floods and rising sea levels and that nations must curb carbon pollution blamed for heating up the globe. 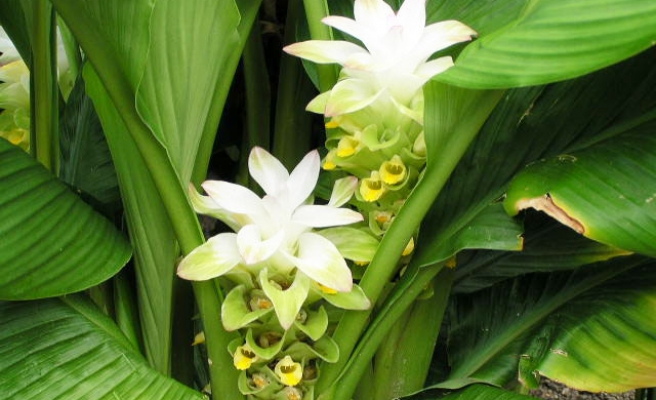 Scientists might be able to predict climate change with more accuracy after discovering that plants consume carbon dioxide 25 percent faster than previously thought.

The finding, by an international team of researchers, could help refine efforts to fight global warming just at a time when U.N. talks are struggling to agree on a broader climate pact that will be the focus of a major meeting in December in South Africa.

Scientists say climate change will cause more extreme droughts and floods and rising sea levels and that nations must curb carbon pollution blamed for heating up the globe. Better and more accurate climate science can help change energy policies.

Lisa Welp-Smith of the Scripps Institution of Oceanography, California, and her team came up with a new method for measuring how much CO2 is absorbed and released by plants.

The team used oxygen isotope markers in CO2 and more than 30 years of data from a global network that analyses air samples to measure changes in greenhouse gases, pollution and other factors.

"What this (finding) means is that plants are working faster than we thought they did," said Colin Allison, an atmospheric chemist and one of the study's authors, told Reuters from Australia.

The study was published on Thursday in the journal Nature.

Plants form a major part of the global carbon cycle in which carbon is continuously recycled and reused by plants and animals, the oceans and land. Carbon pollution from burning fossil fuels and burning forests adds to the CO2 in the air, disrupting the balance that keeps the planet warm.

The team's finding suggests plants absorb 16 to 19 times mankind's total CO2 emissions, underscoring the powerful role they can play in regulating the climate.

Welp-Smith and Allison said it was too early to say how the new finding would affect climate change projections, in which supercomputer programmes model how the climate will change.

"If we are right, and GPP needs to be revised upward by about 25 percent, it means that our fundamental understanding of how land plants function on the global scale is still a bit fluid," Welp-Smith told Reuters in an email, referring to gross primary production, a measure of photosynthesis.

But she cautioned that it doesn't mean more carbon is being locked away by plants. "It means more CO2 is passing through plants, not that it actually stays there very long."

Allison, of Australia's Commonwealth Scientific and Industrial Research Organisation in Melbourne, said the study gives a better estimate of what's really happening in the atmosphere.

"It's still too early to tell what the final impact of this will be on estimates of future climate change. But by tying this down, it means that from now we will have a better constraint that might modify our understanding of what those future impacts could be."