The bet on chips comes as its smartphone business is being squeezed by Apple Inc in the premium segment and undercut by Chinese rivals like Lenovo Group Ltd in mid-to-low end. 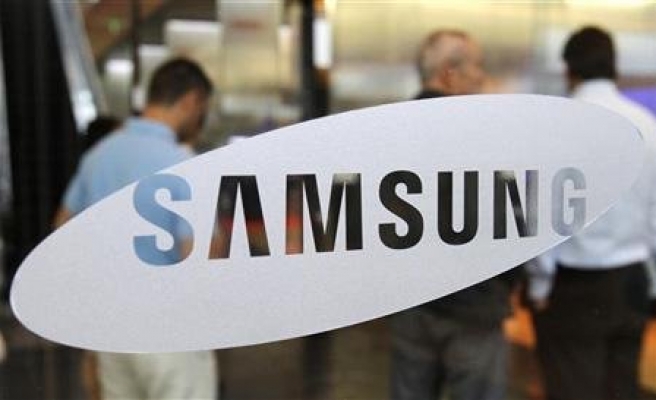 South Korean IT giant Samsung Electronics plans to spend $14.7 billion on a new chip facility - its biggest investment in a single plant - leaning on its semiconductor business to bolster profits as its smartphone dominance wanes.

Samsung, the world's top memory chip maker, said the plant would be located in Pyeongtaek, roughly 75 kilometres (47 miles) south of Seoul. The company said it would create 150,000 jobs, equal to about a third of the city's population.

The bet on chips comes as its smartphone business is being squeezed by Apple Inc in the premium segment and undercut by Chinese rivals like Lenovo Group Ltd in mid-to-low end. April-June operating profit for Samsung's mobile division fell in annual terms for the second straight quarter, the longest streak since at least 2011.

But with the higher demand for mobile devices comes increased orders for mobile chips, and Samsung Electronics' semiconductor division will be key to propping up the company's bottom-line, analysts say.

The plant in Pyeongtaek will make either logic or memory chips, Samsung Electronics said, adding that a final decision had not been made yet.

"Right now the only part of the company that is bringing in steady profits is the semiconductor division, so it looks like the company will keep investing in the business," said IM Investment analyst Lee Min-hee.

The chip business is likely to be a lone bright spot in what is otherwise expected to be a poor third quarter for the South Korean giant. Samsung will issue its earnings guidance for the period on Tuesday.

The mean forecast from a Thomson Reuters I/B/E/S survey of 42 analysts calls for the firm's July-September operating profit to come in at 5.6 trillion won ($5.24 billion), its weakest performance since the fourth quarter of 2011.

Some analysts forecast that the semiconductor division will report stronger operating profit than the handset division in the third quarter for the first time in more than three years. The chip business recorded a 1.9 trillion won profit in the second quarter, compared with 4.4 trillion won for the mobile business.

The company's global smartphone market share has declined in annual terms in the past two quarters, according to Strategy Analytics, in step with the profit drop at its mobile division.

Shares of Samsung Electronics closed 0.9 percent higher on Monday, compared with a 0.4 percent decline in the broader market.

Samsung Electronics said its chip production capacity was expected to rise by a "low double-digit percentage". Construction of the new plant is scheduled to be completed by the second half of 2017.

Any capacity increase can be ominous for competitors in a deeply cyclical industry. Shares in domestic rival SK Hynix Inc fell more than 8 percent at one point on Monday after Samsung's announcement.

Market conditions for memory chips have remained favourable this year partly due to stronger-than-anticipated demand from personal computers and servers. Industry players like Samsung Electronics have so far been careful about capacity expansion, keeping supply conditions on a tight leash.

Besides SK Hynix Inc, competitors in the memory industry include Micron Technology Inc and Toshiba Corp.

Some analysts said investors may be over-reacting on SK Hynix shares, given how output from the new Samsung plant won't materialise for several years and it is not yet clear what chips will be made there.

They also noted that the investment will be spread out over three years, keeping spending on the project well within Samsung's typical annual semiconductor-related investments.

"This isn't about Samsung trying to destroy the industry cycle but trying to maximise profits from the semiconductor business," CIMB analyst Lee Do-hoon said.

The tech giant said it had brought forward its investment plan for Pyeongtaek by more than a year in response to calls from regional governments to help boost economic activity in the area.

"Samsung will continue to balance its domestic and foreign investments to ensure optimal global production structure," the company said.

Analysts said there could be practical benefits to having the new plant in relatively close proximity to other domestic chip plants as opposed to building one overseas. Some said building a new plant near Seoul makes it easier for the company to recruit local engineering talent as well.

"To some extent this is also a response to the current government's call for big corporations to invest domestically," said Korea Investment Trust Management fund manager Baik Jae-yer.

The government has proposed a tax on excess profits at big corporations in an effort to prod them to spend more on investment, wages and dividends.