Samsung said personal information could be scooped up by the Smart TV. 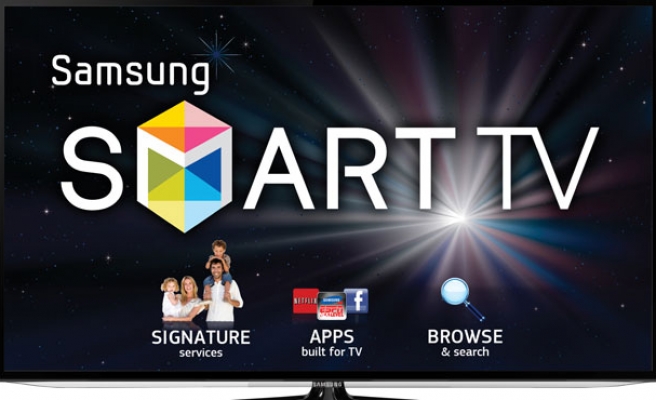 Samsung is warning customers to avoid discussing personal information in front of their smart television set, the BBC reports.

The warning applies to TV viewers who control their Samsung Smart TV using its voice activation feature. Such TV sets 'listen' to every conversation held in front of them and may share any details they hear with Samsung or third parties, it said.

Privacy campaigners said the technology smacked of the telescreens, in George Orwell's 1984, which spied on citizens.

The warning came to light via a story in online news magazine the Daily Beast, which published an excerpt of a section of Samsung's privacy policy for its net-connected Smart TV sets. The policy explains that the TV set will be listening to people in the same room to try to spot when commands are issued.

It goes on to warn: "If your spoken words include personal or other sensitive information, that information will be among the data captured and transmitted to a third party."

Corynne McSherry, an intellectual property lawyer for the Electronic Frontier Foundation (EFF) which campaigns on digital rights issues, told the Daily Beast that the third party was probably the company providing speech-to-text conversion for Samsung.

The third-party handling the translation from speech to text has not been named.

Samsung is not the first maker of a smart, net-connected TV to run into problems with the data the set collects. In late 2013, a UK IT consultant found his LG TV was gathering information about his viewing habits.

Publicity about the issue led LG to create a software update which ensured data collection was turned off for those who did not want to share information.