A family walking along the beach found the giant jellyfish in late January and sent a photo to the research organisation in Hobart, Australia's southernmost city. 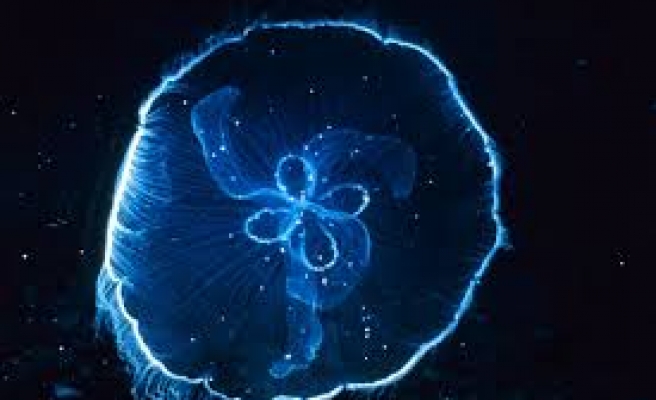 World Bulletin / News Desk
Residents of a sleepy hamlet in Tasmania found a previously unknown kind of giant jellyfish washed up on a beach, prompting excitement among scientists in Australia as they work to formally name and classify the creature.
About 1.5 metres (five feet) across, the white jellyfish with a pink spot in the middle is believed to be a relative of the lion's mane species popularly known as a "snotty" as it resembles mucus.

"There's the excitement, that it's a new species and then there's the 'Oh my God factor' that it happens to be the size of a Smart car," Lisa-ann Gershwin, a scientist at the government's Commonwealth Scientific and Industrial Research Organisation, told Reuters. "It's like Disneyland for marine biologists."

A family walking along the beach found the giant jellyfish in late January and sent a photo to the research organisation in Hobart, Australia's southernmost city. Scientists believe the jellyfish was later washed out to sea.

Gershwin and other scientists are also trying to discover why there has been an enormous rise in jellyfish populations in the waters around Tasmania this year.

"There's something going on that's causing a whole lot of species to bloom in staggering numbers and we don't know why yet," she said. "It's so thick with jellyfish that it's like swimming in bubble tea."
Last Mod: 07 Şubat 2014, 09:13
Add Comment