Researchers in Japan have created a highly accurate sensor that can detect smells and gases using genetically engineered frog eggs. 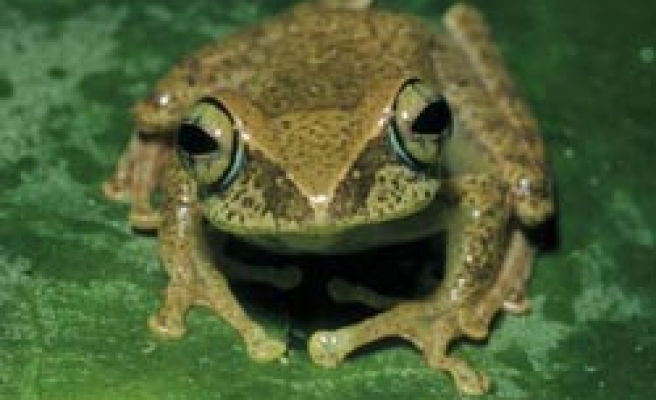 Researchers in Japan have created a highly accurate sensor that can detect smells and gases using genetically engineered frog eggs.

In a paper published in the Proceedings of the National Academy of Sciences on Tuesday, they said they hoped to use the invention to design better machines to detect polluting gases such as carbon dioxide.

"It's very important for the environment," said lead author Shoji Takeuchi of the Institute of Industrial Science at the University of Tokyo.

Takeuchi and colleagues injected parts of the DNA of three insects -- the silkmoth, diamondback moth and fruit fly -- into eggs extracted from the African clawed frog.

He likened the eggs to "platforms" and said studies in the past found that certain segments of DNA from the three insects were responsible for detecting odours and gases.

"We inject DNA into the frog eggs and then we can make some very useful and inexpensive sensors," said Takeuchi.

These genetically engineered eggs were later placed in a specially designed cartridge where they were exposed to different smells and chemicals.

"We used three kinds of pheromones and one odourant (all four were chemically very similar) and they (the eggs) could clearly separate and detect the different types of smells and chemicals," Takeuchi said by telephone.

The team hopes to use the same method to detect gases such as carbon dioxide in the future.

"When you think about the mosquito, it is able to find people because of carbon dioxide from the human. So the mosquito has CO2 receptors. When we can (extract) DNA (from the mosquito) we can put this DNA into the frog eggs to detect CO2," Takeuchi said.