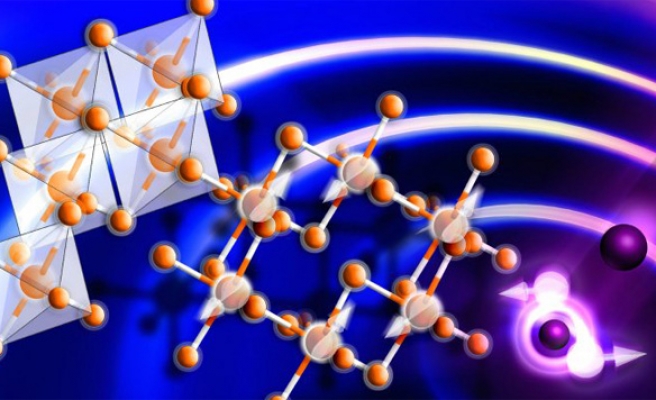 Physicists announced Monday the discovery of a new state of matter that has been theorized for four decades but never actually observed.

Quantum spin liquid has the bizarre ability to break apart electrons, long thought to be indestructible building blocks of atoms that comprise everything in the universe.

In application, scientists believe the discovery could help computers reach much faster speeds. An international team of researchers worked on the discovery and were led by scientists at Oak Ridge National Laboratory in Tennessee and the University of Cambridge in the United Kingdom.

The results were published in the journal Nature Materials. Quantum spin liquid was first theorized in 1973 and thought to be harbored within certain magnetic materials cooled to absolute zero, roughly -273.15 degrees Celsius (-460F).

Scientists were able to observe the quantum spin liquid by peering into crystals.

In most magnetic materials cooled to absolute zero, the electrons line up like bar magnets and all point toward the magnetic north pole.

In quantum spin liquid, however, electrons do not align but form a soup-like mix where they can break into pieces called Majorana fermions.

Majorana fermions could be used to create the next generation of supercomputers that could perform immensely complicated calculations current technology is unable to handle.

“It's an important step for our understanding of quantum matter," noted co-author Dmtry Kovrizhin. “It's fun to have another new quantum state that we've never seen before – it presents us with new possibilities to try new things,” he added.