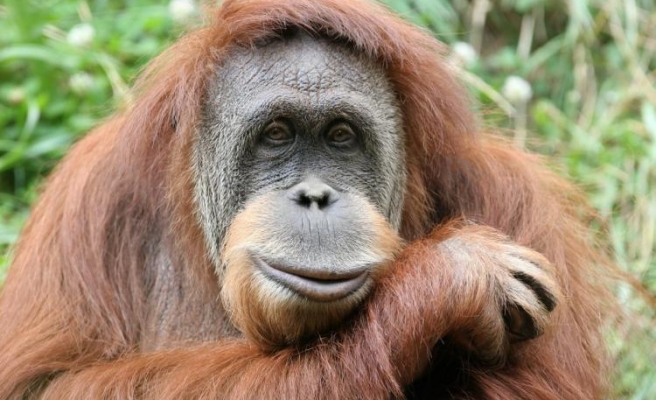 Scientists and Forest Ministry officials announced on Friday the discovery of a new orangutan species in Indonesia.

Spread in an area of approximately 110,000 hectares, they are only found in the high-elevation Batang Toru forests in North Sumatra province.

With only a population of 800, the Tapanuli orangutans, which have thick curly hair, became the third species of the giant ape found in the country.

They have smaller skulls and jawbones, when compared to the other two species – Borneo and Sumatran orangutans.

Puji Rianti, a researcher from Bogor Agricultural University, told Anadolu Agency that these physical differences were one of the reasons these orangutans were declared a separate species.

The research which began in 1997 took 19 years to complete because their population existed in remote and isolated areas, she said.

Rianti said in the Pleistocene period – 2.6 million years ago when the last of the five documented ice ages occurred – these giant apes experienced extreme climate change, and were separated from other orangutan species.

She worries about their sparse population. The primates who live up to 60 years have their first baby at 15 years of age. The next baby comes after a gap of eight to nine years.

In addition, the new species is also threatened with extinction due to widespread hunting in Batang Toru.

Wiratno, director-general of natural resources conservation and ecosystem at Indonesia’s Ministry of Environment and Forests, who like many Indonesians only uses his first name, said Batang Toru is not included in the protected forest area.

"We will form a community patrol by empowering the community to help maintain the habitat," he said.

The ministry is looking for ways to protect these orangutans, he added.