Earthuquake lights sometimes appear in the sky before an earthquake takes place and are often mistaken for UFOs. 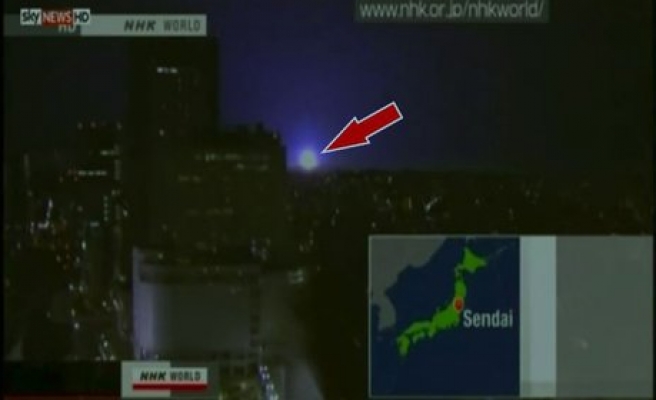 Scientists may have finally solved the mystery of 'earthquake lights' - strange formations of light spotted in the sky shortly before earthquakes strikes which are often mistaken for UFOs.

After taking a tupperware container filled with flour, the scientists tipped it back and forth until cracks appeared. They discovered that it produced 200 volts of charge.

Professor Troy Shinbrot, of Rutgers University, New Jersey, concluded that these mysterious lightning flashes that appear before earthquakes strike could therefore be sparked by movements in the ground below, generating millions of volts of electrostatic charge.

Earthquake lights were spotted in recent earthquakes in China and Italy, but are not spotted with every earthquake. Scientists are still trying to understand why and how they are only spotted with some earthquakes.