Scientists have discovered a fast-moving deep ocean current with the volume of 40 Amazon Rivers near Antarctica that will help researchers monitor the impacts of climate change on the world's oceans. 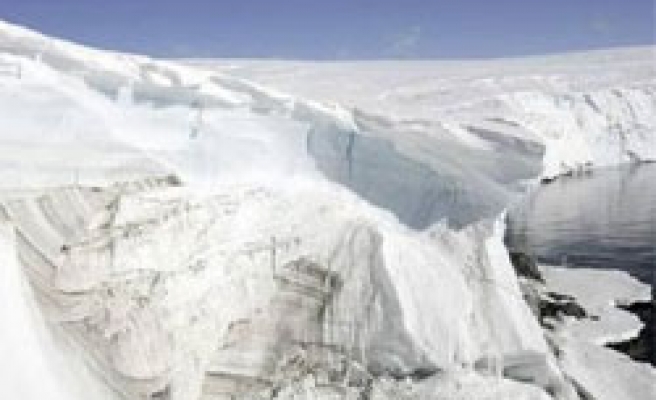 Scientists have discovered a fast-moving deep ocean current with the volume of 40 Amazon Rivers near Antarctica that will help researchers monitor the impacts of climate change on the world's oceans.

A team of Australian and Japanese scientists, in a study published in Sunday's issue of the journal Nature Geoscience, found that the current is a key part of a global ocean circulation pattern that helps control the planet's climate.

Scientists had previously detected evidence of the current but had no data on it.

"We didn't know if it was a significant part of the circulation or not and this shows clearly that it is," one of the authors, Steve Rintoul, told Reuters.

Rintoul, of the Antarctic Climate and Ecosystems Cooperative Research Centre in Hobart, said it proved to be the fastest deep ocean current yet found, with an average speed of 20 cm (7.9 inches) a second. It was also found to carry more than 12 million cubic metres a second of very cold, salty water from Antarctica.

"At these depths, below three kilometres (two miles) from the surface, these are the strongest recorded speeds we've seen so far, which was really a surprise to us."

He said the current carries dense, oxygen-rich water that sinks near Antarctica to the deep ocean basins further north around the Kerguelen Plateau in the southern Indian Ocean and then branches out.

The current forms part of a much larger network that spans the world's oceans, acting like a giant conveyor belt to distribute heat around the globe.

Oceans are also a major store of carbon dioxide, the main greenhouse gas that is emitted naturally and by mankind, mainly from burning fossil fuels.

For example, the Gulf Stream brings warm water to the North Atlantic, giving northern Europe a relatively mild climate. Failure of the current, which has occurred in the past, would plunge parts of Europe into a deep freeze, scientists say.

"The deep current along the Kerguelen Plateau is part of a global system of ocean currents called the overturning circulation, which determines how much heat and carbon the ocean can soak up," Rintoul said.

A key part of the circulation is the creation of large volumes of the very cold, salty water in several areas along coastal Antarctica that then sinks to the bottom and flows to other ocean basins.

The team deployed measuring devices anchored to the sea floor at depths of up to 4.5 km (3 miles) and recorded current speed, temperature and salinity for a two-year period.

"The continuous measurements provided by the moorings allow us, for the first time, to determine how much water the deep current carries to the north," Rintoul said.

He said a key issue for predicting climate was whether the overturning circulation was going to stay at its present strength or whether it was sensitive to changes as climate changes.

That meant further improving measurements of the speed and volume of the cold, salty water that is created around Antarctica.