Radio transmitters capable of withstanding extreme temperatures of 900 degrees Celsius could be dropped into the bowels of the earth to provide early warning of volcanic eruptions. 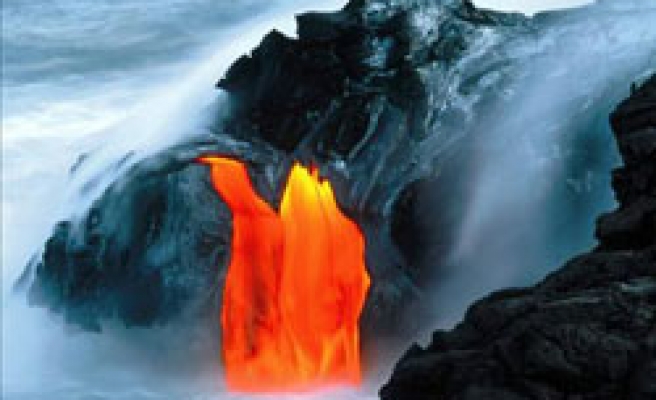 Radio transmitters capable of withstanding extreme temperatures of 900 degrees Celsius could be dropped into the bowels of the earth to provide early warning of volcanic eruptions.

The state-of-the-art technology being pioneered by experts at the Newcastle University in the UK uses silicon carbide electronics that withstand heat equal to the inside of a jet engine.

The wireless sensor would feed back real-time data to the surface, providing vital information about volcanic activity and any impending eruption, says a Newcastle release.

The team has developed the necessary components and is now working to integrate them into a device about the size of an iPhone that could be used in a variety of locations such as power plants, aircraft engines and even volcanoes.

The device, featured in the journal The Engineer, is among technologies which has been developed by experts at the university's Centre for Extreme Environment Technology.

The centre was set up to "go where no technology has gone before" and unlock the secrets of some of the world's harshest environments.

Alton Horsfall, who leads the silicon carbide work alongside Nick Wright, explains: "At the moment we have no way of accurately monitoring the situation inside a volcano and in fact most data collection actually goes on post-eruption."

With an estimated 500 million people living in the shadow of a volcano this is clearly not ideal.

"We still have some way to go but using silicon carbide technology we hope to develop a wireless communication system that could accurately collect and transmit chemical data from the very depths of a volcano," Horsfall said.

And the device has other uses. "If someone sets off a bomb on the underground, for example, this will still sit on the wall and tell you what's going on," Horsfall added.