Environmental activists say the term scientific whaling is a thinly veiled ruse to allow hunting in countries where whale meat is a popular delicacy. 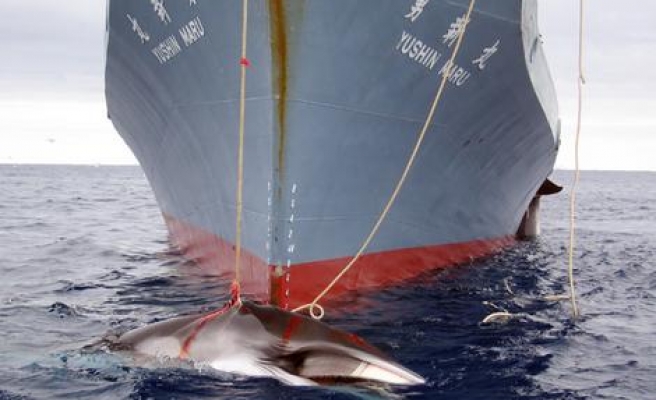 South Korea angered conservationists on Wednesday by proposing to conduct whaling for scientific research, a practice that critics say would skirt a global ban on whale hunting.

South Korea announced its proposal at a meeting of the International Whaling Commission in Panama City. Critics say the move was modeled on Japan's introduction of scientific whaling after a 1986 moratorium on commercial whaling.

Japan argues it has a right to monitor the whales' impact on its fishing industry.

"We are worried about this proposal because it goes against the ban ... we don't support whale hunting under any circumstances," Guardia said.

South Korea said its fishermen were complaining that growing whale populations were depleting fishing stocks, an assertion that the World Wildlife Fund said had no scientific basis.

"It's an absolute shock this happened at this meeting and it's an absolute disgrace because to say that hunting whales is happening in the name of science is just wrong. Essentially, its commercial whaling in another form," James Lorenz from Greenpeace told Australian television.

The minke whales that South Korea proposes hunting are considered endangered, the World Wildlife Fund said in a statement.