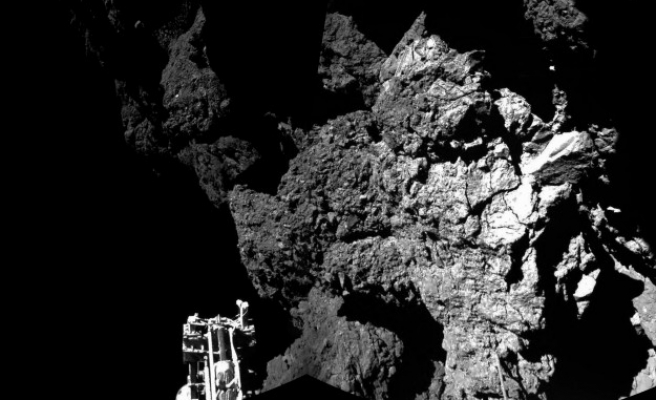 The first photographs from robot probe Philae, the first spacecraft to land on the surface of a comet,  were released on Thursday afternoon.

The European Space Agency confirmed from its Operations Centre in Germany's Darmstadt that Philae successfully sent the first batch of images from the surface of Comet 67P/Churyumov-Gerasimenko where it landed on Wednesday.

"Now that I’m safely on the ground, here is what my new home #67P looks like from where I am," Philae tweeted on its official account.

The lander is also expected to deliver a full panoramic view of the landing site, including a section in 3D, high-resolution images of the surface of Comet 67P. later in the day.

Rosetta was launched on March 2, 2004 from Kourou in the French Guiana, covered a distance of approximately 3.7 billion miles (six billion kilometers) and is now 10 years into its mission.

As the first mission in history to rendezvous with a comet, Rosetta chased the giant lump of ice and dust around the solar system before finally reaching it on August 6.

The spacecraft famously "woke up" in January after a 31-month-long hibernation period to save energy via its solar panels, tweeting: "Hello World."

Its lander Philae will also measure the electrical and mechanical characteristics of the surface. In addition, low-frequency radio signals will be beamed between Philae and the orbiter through the nucleus to probe the comet's internal structure.