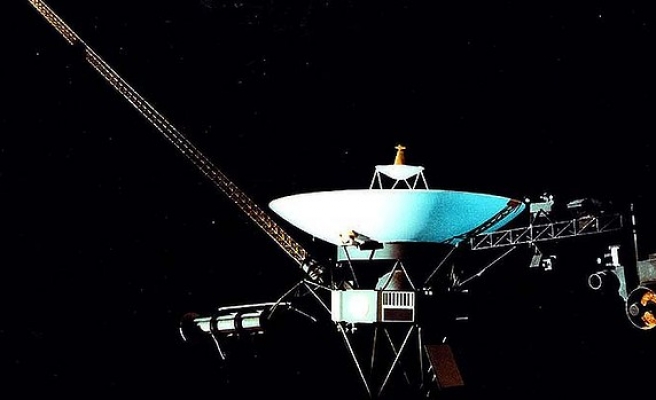 Scientists have been waiting for Voyager to detect a magnetic field that flows in a different direction than the solar system's magnetic field. But the new research shows that scenario is not accurate.

"We think that the magnetic field within the solar system and in the interstellar are aligned enough that you can actually pass through without seeing a huge change in direction," University of Marylandphysicist Marc Swisdak said in an interview with Reuters on Thursday.

Not everyone is convinced, however.

"We know where Voyager is in terms of distance and we know what it is observing. The challenge is relating that to these complex models of the interaction between the interstellar medium and the heliosphere," Stone said, referring to the bubble of space that falls under the sun's influence.

Stone and other scientists believe Voyager is in a previously unknown region, dubbed a "magnetic highway," that exists between the heliosphere and interstellar space.

Voyager 1 and a sister probe, Voyager 2, were launched in 1977 to study the outer planets. Voyager 1 is now about 120 times farther away from the sun than Earth. Voyager 2 is heading out of the solar system in a different direction.

The probes are powered by the slow decay of radioactive plutonium. Voyager 1 will begin running out of energy for its science instruments in 2020. By 2025, it will be completely out of power.

If Swisdak and colleagues are correct, Voyager 1's magnetic field readings will stay pretty much the same throughout the remainder of its mission.

"If they see a strong shift in the magnetic field, a big jump, then that means that what we've outlined can't be correct," Swisdak said.

"I'm perfectly willing to be proven wrong here and if I were, that would be kind of cool. But it agrees with all the data that we have so far," he added.

More evidence may come when Voyager 2 crosses the solar system's boundary as well.

The research appears in The Astrophysical Journal Letters.