Sweden, with its advanced system of trash separation, produces energy from things generally considered to be useless. 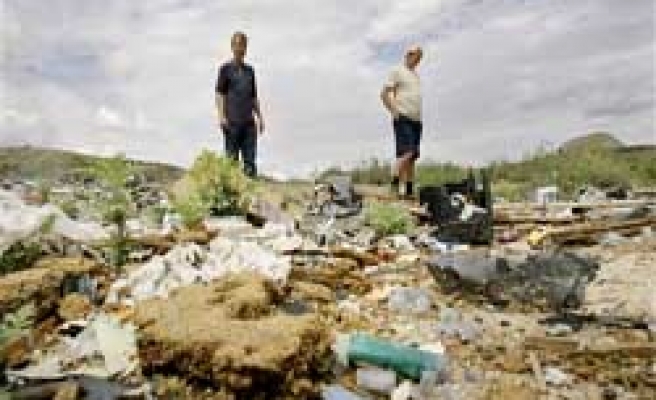 Sweden, with its advanced system of trash separation, produces energy from all manner of things that are generally considered to be useless.

Around 1 million households are heated by biogas, produced from 99 percent of the country's household trash, and around 300,000 households are powered by it. Three tons of burned trash contains as much as one ton of fuel oil.

While many countries seek to get rid of their trash, Sweden values it so much it's actually importing garbage.

The country plans to import 800,000 tons of garbage from other countries in Europe, such as the U.K, Italy, Norway and Ireland, to create heat for houses through its "waste to energy" program.

Goksel Demirer, a professor in the Department of Environmental Engineering at Middle East Technical University in Ankara, said Sweden is a pioneer in managing waste and producing biogas, and the country ranks among the top four in the world in producing energy from alternative sources such as biomass.

Demirer said that one of the alternative ways of diversifying energy resources is to recycle waste, and Sweden is not only using its domestic waste but also animal waste and even unicellular beings such as algae to produce bioenergy.

"Types of municipal solid waste are classified according to their similarities -- for instance plastic, glass and metal are common classes," he said. "After this classification, the remaining portion of waste is called organic waste."

Some organic waste contains water and is hard to burn, he said.

Several methods can be used to produce biogas from the other forms of organic waste, the most effective of which is anaerobic digestion by microorganisms, he said. The organisms promote a number of chemical processes in converting the biomass to biogas, he said.

"We have been researching biomass and biogas for more than 15 years in METU as well as a few other universities," he said. "Our studies are carried out in national and international platforms. We have made great advances on the theoretical and experimental levels."

But he said widespread practical solutions are needed.

James Cronin, a 33-year old Swede, said he has no training on how to separate trash. But in science classes at school, he acquired some knowledge about the importance of recycling.

"Everybody in Stockholm knows how to do it," Cronin said. "We clean the packages and put them in different boxes. If we don't separate the trash, there is no punishment. But we know that we will use the trash in a very good way. It is a habit for Swedes now."

Pernilla Enstrom, a 23-year-old Swede from Gothenburg, said she has been recycling since she was 16.

"I separate waste into three parts," she said. However, her mother, she said, separates the trash into many categories.

"For me it is really easy because we have containers for that in our apartment building. Before that, we had it in our neighborhood. I used to take my bike with all the stuff to bring it to other place where the container was," she said.

Sweden has set a new precedent in the world of recycling its trash, with a waste rate of near zero.

Such a program is only feasible in a country with a good waste separation system, to ensure that recyclable materials, foodstuffs, and hazardous waste such as batteries, light bulbs and electrical waste aren’t incinerated.

In 2013, Sweden produced 25.5 gigawatts of energy from renewable resources. This year, the country expects to produce 26.6 gigawatts.