Researchers at the Industrial Technology Research Institute, where the paper was developed, say it is the ideal replacement for the paper signs and posters that are now produced by the millions around the world. 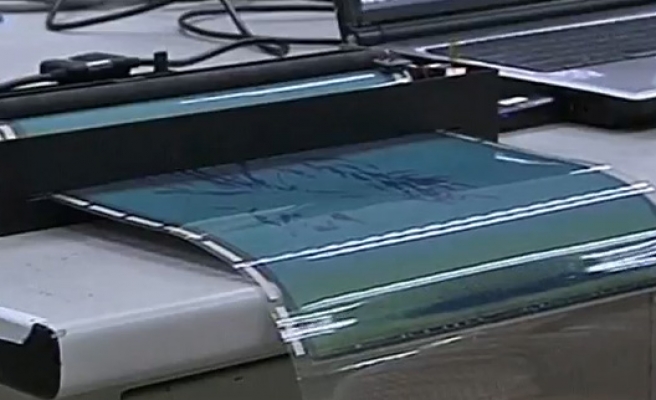 "i2R e-Paper" is paper but not paper as we know it, not yet, anyway, say its Taiwan developers.The product uses a thermal printer, the same kind as that used in fax machines. When the message is no longer needed, the paper can be erased with the flip of a switch -- ready to be used up to 260 times.

Researchers at the Industrial Technology Research Institute, where the paper was developed, say it is the ideal replacement for the paper signs and posters that are now produced by the millions around the world.

"I think the greatest breakthrough was that traditional display devices usually require electricity to write, but our technology made it closer to how we would use normal paper," said John Chen, Vice President of the Institute and general director of the Display Technology Center.

"First, it does not require patterned electrodes -- it is very light, soft and rewritable. From this perspective, this is a true e-paper."

What makes the "i2R e-paper" stand out is its coating -- a plastic film covered with cholestric liquid crystal, a type of liquid crystal structured similarly to cholesterol molecules.

The compound does not require a backlight to print, and can produce different colours.

When connected to electricity, what's printed on the paper can be erased. There is also a modified printer that erases the paper by rolling it backwards.

An A4 sized piece of the e-paper, which is already in production, costs roughly $60 Taiwan dollars, or about $2. Developers hope it will be available to consumers within two years.

"In many cases, such as transportation tickets or ID badges, it will save your from printing the same thing 259 times. In terms of environmental production, this is very meaningful."