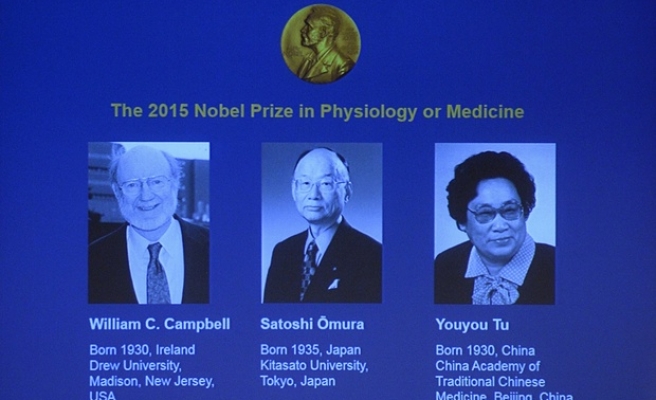 The 2015 Nobel Prize in medicine was awarded Monday to three scientists from Ireland, Japan and China for their work on malaria and other parasitic diseases.

The Nobel Committee said Irish scientist William Campbell and Satoshi Omura from Japan were rewarded for a new method of treatment against hookworm infections. Tu Youyou from China was named for her discoveries concerning a novel malaria treatment.

Campbell, Omura and Tu will share the 8 million Swedish kronor (about $960,000) prize money with one half going to Campbell and Omura, and the other to Tu.