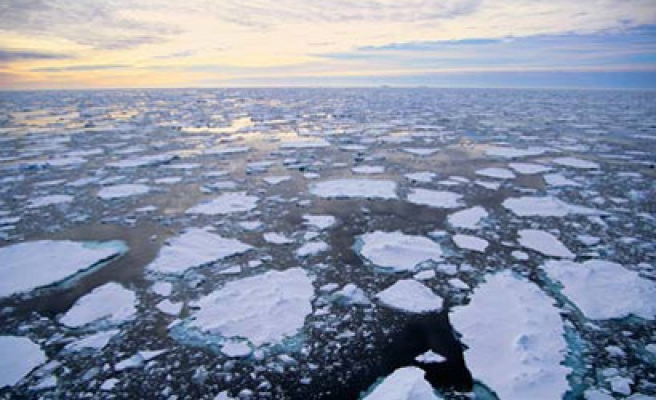 As negotiations for a draft deal to tackle the climate change issue at a South American summit are set to begin this month, experts urge that energy-hungry Turkey establish a focused climate change policy to induce low carbon consumption.

For the upcoming two weeks, envoys from 195 countries will attempt to roadmap a climate agreement in Peru’s capital Lima ahead of the 2015 Paris talks, aimed at obtaining the first ever global deal on limiting greenhouse gas emissions.

Indeed, 2014 is on track to becoming the warmest year on record.

Conservation supervisor at the World Wide Fund for Nature’s Ankara office, Mustafa Ozgur Berke says he is pleased with Davutoglu’s remarks but believes Turkey needs to set a date to limit its greenhouse gas emissions.

“Turkey’s climate policy does not have integrity, there is no target,” he says.

Likewise, other countries such as India, Russia, and Japan have yet to set limits.

Berke says that Turkey’s greenhouse gas emissions have increased by 133 percent since the nineties.

“Although Turkey’s historical responsibility is not as much as other developed countries such as Germany, France or the U.K., our contemporary liability is increasing,” he says.

According to Berke, Turkey’s share on global emissions is one percent.

“For many in Turkey, even zero-sizing our emissions will not change much,” Berke says.

He adds that this mentality has to change especially since the world’s most polluting countries, the U.S. and China announced a historical deal aiming to limit their respective carbon emissions.

Although China did not set a specific target for cutting emissions, it did agree to increase the share of non-fossil fuels in energy production to 20 percent by 2030.

The Turkey representative of the think tank European Climate Foundation, Ceren Ayas says that the deal between the two countries would dominate future climate negotiations.

“For a long time we couldn’t hear any pledge from the two biggest carbon emitters to limit emissions. In this respect, this deal will direct conventional partnership meetings, such as 2015 Paris,” Ayas says.

The 2015 Paris meeting is hoped to mark a “decisive stage in negotiations on the future international agreement on a post-2020 regime,” according to a statement from France’s Foreign Ministry.

“By the end of the meeting, for the first time in over 20 years of the U.N. negotiations, all the nations of the world, including the biggest emitters of greenhouse gases, will be bound by a universal agreement on climate,” the statement added.

Referring the U.S.-China deal, World Wide Fund representative Mustafa Ozgur Berke says: “Turkey has no excuse to not setting a date for limiting its greenhouse gasses.”

According to Berke, China’s pledge on limiting its emission is very important as the country is still developing. “Similar to Turkey, energy demand in the country is increasing, manufacturing industry is developing; they are planning to open hundreds of new coal mines, and still China says it will limit its emissions.”

While Turkey is not particularly effective at fighting against climate change, the country has taken steps to adapt to it, says Berke: “The Ministry of Forest is preparing a plan about how climate change will shift forest management.”

According to the World Bank’s “Turn Down the Heat” report conducted by Potsdam Institute for Climate Impact Research, says “We are on a path to a 4 degrees Celsius warmer world by the end of this century.”

Although Turkey does not boast a concrete climate change program, some municipalities in the country have taken matters into their own hands.

For instance, Gaziantep announced in 2012 that it would reduce its carbon emissions by 15 percent per capita by 2023.

Earlier last month the U.N.’s Intergovernmental Panel on Climate Change urged to increase the use of renewable energy to 80 percent, up from the current 30, by 2050, and to quit fossil energy by 2100, in order to have the slightest change at limiting climate change effects.