Turkey to establish Antarctic research base next year 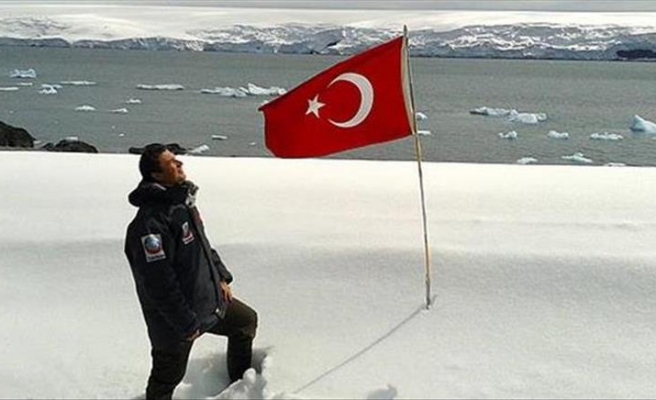 Turkey’s first research base in Antarctica will be set up next year, Science Minister Faruk Ozlu said Thursday.

A team of nine scientists set off for the continent last month to conduct feasibility studies at sites in the frozen wilderness.

“We will establish a base here,” Ozlu said. “We will conduct scientific research. We will stay there.”

In April last year, the first ever Turkish team of researchers -- 14 medics, botanists, geologists and oceanographers from seven universities -- travelled to Antarctica to study the impact of climate change.

“The base will be probably established in 2018,” Ozlu said. Remarking on the 53 nations that have established bases, he added: “Turkey will have a base in Antarctica as well.

“The buildings and structures that we will install will be made in Turkey and we will send them by ship.”

The team from the Istanbul Technical University Polar Research Center, which was established in 2015, is due to return within a month to avoid the onset of the harsh Antarctic winter, when temperatures can drop to minus 80C (minus 112F).