A research team is working on a remote sensory system that could one day give people with artificial limbs their sense of touch back. 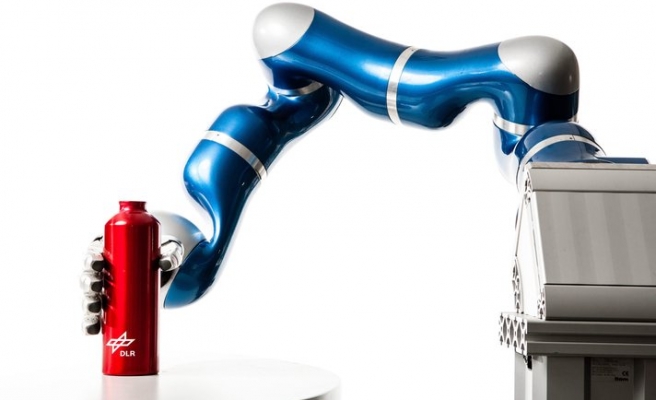 A team of Turkish scientists are moving closer to developing an innovative remote sensory system that could drastically improve the way human operators control robots involved in tasks like mine disposal and microsurgery, it was announced Wednesday.

The researchers from Yildiz Technical University in Istanbul are developing technology that will allow human operators to manipulate delicate robots using not just cameras but sensor-laden gloves that allow them to 'feel' what the robot is touching.

"We are realizing a great human dream," Dr Utku Buyuksahin said. "Big sensors were needed before for similar work but interestingly we found that we will be able to map human sensation with far fewer sensors, realizable with the technology we already have."

This 'tactile sensing' in robots and other devices has been widely investigated over the past 30 years but has always proved too bulky for widespread use. In pending patents, Buyuksahin and his team hope to have a technology that can re-establish a sense of touch for people with artificial limbs or loss of skin sensitivity within two years.

In the case of amputees, that will mean linking the brain to a system of sensors on a pad inserted under the 'skin' of their prosthetic limb, said Buyuksahin, a prominent mechatronics engineer with the Scientific and Technical Research Council of Turkey.

Until then, the remote sensing and refined touch capability can be put to use by creating robots that can be operated with a much higher degree of sensitivity.