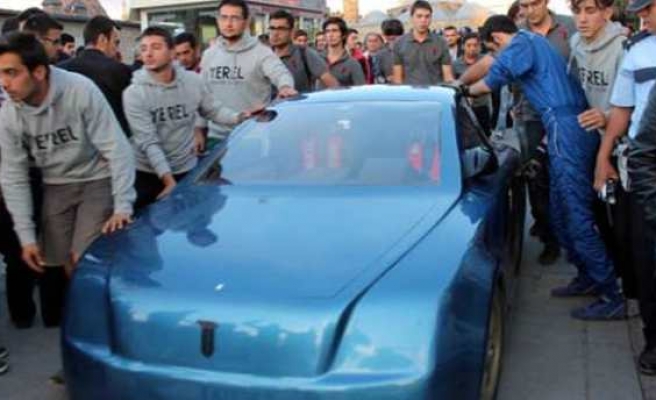 The ‘T-1,' developed by academics and students from Istanbul University, is capable of travelling 500 kilometers on only four hours’ charge. It was driven through the central Anatolian town of Kayseri's main thoroughfare in front of curious onlookers to go on display as part of a nationwide tour on Monday.

The car weighs 500 kilograms (approximately 1100 pounds) and can reach speeds of up to 130 kilometers (about 80 miles) per hour, Engin Topaloglu, undergraduate student at the Department of Electrical and Electronic Engineering at Istanbul University, said.

He said they participated in a competition run by Turkey’s scientific and technological center, TUBITAK and came in first place.

In comparison, a regular car will spend 200 Turkish liras for 500 kilometers and the electrical car only spends 7.5 Turkish liras worth of electricity.

Production lasted 18 months and cost 450,000 Turkish liras ($202,000), according to Topaloglu. "We will finish our tour of Turkey and return to Istanbul after travelling to five more cities," he said.

After the tour, enhancements will be made to the vehicle and a later version of the model will be developed, he added.