U.S. and Cuba discuss alliance to save sharks 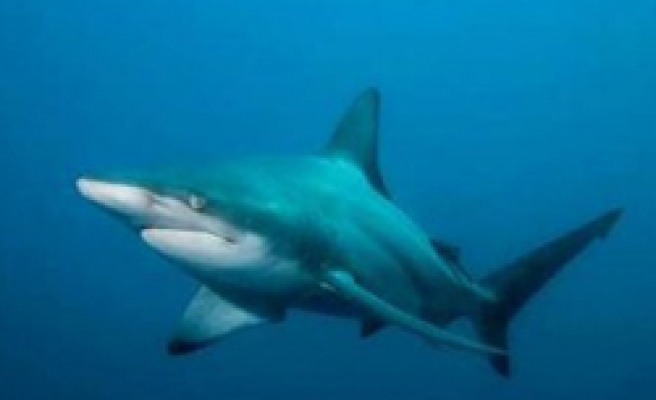 A team of U.S. scientists and environmentalists met with Cuban officials this week to discuss a proposed alliance, including Mexico, to protect the Gulf of Mexico's declining shark population.

The meetings were a product of both improved U.S.-Cuba relations and concern that only a joint effort by the three nations that share the gulf can protect sharks, whose numbers are said to be down as much as 50 percent for some species.

"The Gulf of Mexico is one ecosystem, it's not just the U.S. gulf. The shark is a highly migratory fish that moves between the countries and it is troubled," said Pamela Baker, gulf policy advisor for the New York-based Environmental Defense Fund, which is spearheading the effort along with the Mote Marine Laboratory in Sarasota, Florida.

An estimated 73 million sharks are being killed annually mostly for their fins, the EDF said in a recent publication.

Still unknown, said shark expert Robert Hueter at the Mote Marine Laboratory, is the effect of the massive BP oil spill this summer in the Gulf of Mexico.

Sharks were able to swim away from the spill, but it drifted into estuaries and coastal areas where juvenile sharks spend their early lives, so damage to the population may not be obvious for a while, he told Reuters on Friday.

While sharks have a fearsome reputation, they are critical to ocean ecology, particularly around coral reefs, he said.

The EDF and Mote are promoting the joint use of "catch share" programs where fisherman can catch allotted percentages of a biologically sustainable number of sharks each year.

That program, which is already being used for some species in the United States and Mexico, is enhanced if marine sanctuaries are created, said EDF senior attorney Dan Whittle.

They said officials in all three countries have been receptive to the idea of a gulf alliance, but there are practical and political obstacles to overcome.

In Cuba's case, it needs a system to collect information on the number and species of sharks caught, and once it has that, a catch share program that fits Cuba's communist economy will have to be developed, Baker said.

Baker, Hueter and fellow Mote biologist John Tyminski took University of Havana students to several ports to show them how to identify and record fish data, which they will now do for a four-month pilot project.

One fisherman with 35 years experience in Cuban waters said they were catching fewer and smaller sharks, a typical sign of overfishing, Hueter said.

As they dried dozens of shark fins in the sun, the fishermen said the fins were all for export. A kilo sold for 50 convertible pesos, which is equivalent to $54 or three times the average Cuban monthly salary.

Enforcement of catch share programs may be difficult in both Mexico and Cuba due to limited resources, Baker said.

The program will also have to navigate the minefield of U.S.-Cuba relations, which have warmed modestly under U.S. President Barack Obama but remain complicated.

The U.S. has imposed a trade embargo against the island since 1962 and forbids most Americans from traveling to Cuba.

The Obama administration is encouraging more "people-to-people" programs to increase contact, so it has become easier to get licenses and visas for scientists to travel between the two countries, Whittle said.

But U.S. regulations prevent such things as the hiring of Cuban scientists or the purchase of a boat, he added.

It likely will be several years before the conservation program can be fully in place, Baker said.