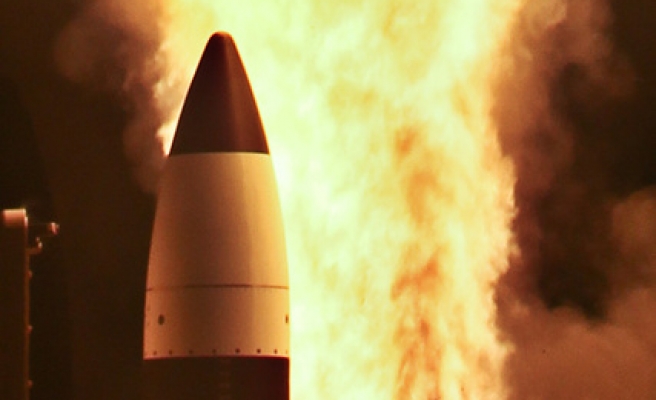 The United States on Wednesday announced the first live-fire test of a Raytheon Co SM-3 missile from the land-based version of Lockheed Martin Corp's Aegis missile defense system, which will be operational in Romania next year.

Lockheed said it was the first test of the Aegis system using a land-based missile launcher.

The test at the Pacific Missile Range Facility (PMRF) in Hawaii late on Tuesday marks a significant milestone for the Aegis Ashore weapon system, which is designed to protect U.S. and NATO forces in Europe from a ballistic missile attack.

The Obama administration's European Phased Adaptive Approach calls for the first Aegis Ashore site to be operational in Romania in 2015, with a second site to follow in Poland in 2018.

A Pentagon spokesman, Colonel Steve Warren, said the test "is important because it's similar to the system that's being shipped to Romania for deployment by the end of next year."

During the test, the Aegis system used on U.S. warships around the world detected, tracked and engaged a simulated ballistic missile target using Raytheon's Standard Missile 3 Block IB, according to the U.S. Missile Defense Agency and the companies.

The test of the new system comes amid growing European interest in missile defense as tensions mount between NATO and Russia over its annexation of the Crimea region of Ukraine.

Raytheon said an intercept flight test of the system would follow next year. It said the ability to use the SM-3 missile at sea and on land would give military commanders more flexibility.

The land-based system uses the same SM-3 missile deployed on Aegis warships, and currently holds 24 SM-3 missiles at one time. The system can also be expanded to hold more launchers and missiles, Raytheon said.

"The SM-3 Block IB deployed for the first time earlier this year at sea, and the success of this Aegis Ashore test keeps us on track to deploy the missile on land in 2015," said Mitch Stevison, Raytheon's Standard Missile-3 senior director.

Riki Ellison, founder of the non-profit Missile Defense Advocacy Alliance said the test meant NATO's missile defense shield, developed at a cost of around $800 million, was becoming a reality. He said the Aegis missile defense system had achieved 28 successful test intercepts over the past 11 years.

"This system holds great promise for the future," Ellison said in a statement, noting that similar systems could be used around the world to deter threats from ballistic, cruise missile and even unmanned vehicles.