HTV-2 flew its maiden flight between March and April 2010, flying only nine minutes in the air. 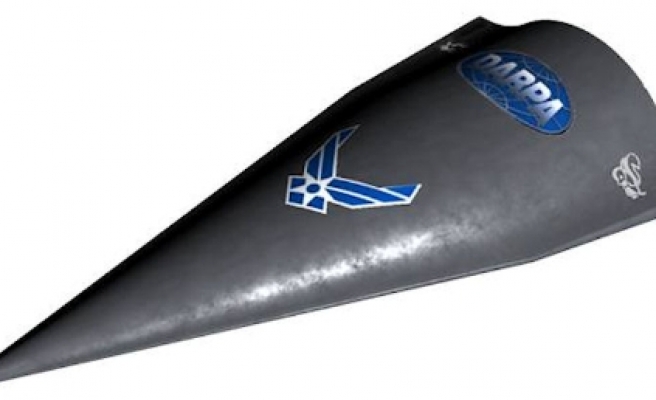 DARPA's second flight test of the triangle shaped Falcon Hypersonic Technology Vehicle 2 (HTV-2) is scheduled to launch Wednesday from Vandenberg air force base California a boarding a rocket. HTV-2 flew its maiden flight between March and April 2010, flying only nine minutes in the air.

"The ultimate goal of the project is a capability that can strike anywhere in the world in less than an hour," reads in a written statement by DARPA. Falcon HTV-2 is an unmanned, rocket-launched, maneuverable aircraft that glides through the Earth's atmosphere at incredibly fast speeds—Mach 20 (approximately 13,000 miles per hour). At HTV-2 speeds, flight time between New York City and Los Angeles would be less than 12 minutes.

"We wouldn't know exactly what to expect based solely on the snapshots provided in ground testing. Only flight testing reveals the harsh and uncertain reality," said air force Major Chris Schulz. With 4038 miles current range, HTV-2 is reported to be developed.