Scientists have long tried to classify life on Earth and to finally figure out how many species there are but estimates have varied wildly from 3 million to 100 million. 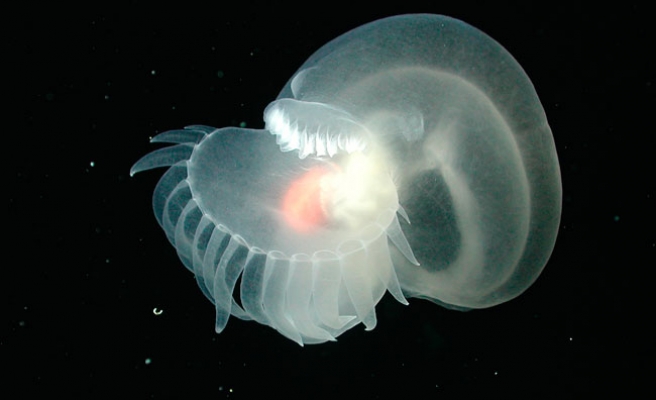 Scientists have yet to discover, or classify, about 90 percent of the plant and animal species on Earth, which is estimated to be home to just under 9 million species, a study says.

The study, published in the open-access journal PLoS Biology on Wednesday , vastly increases the estimated richness of life on the planet. More than 1.2 million species have been formally described and named so far.

Scientists have long tried to classify life on Earth and to finally figure out how many species there are but estimates have varied wildly from 3 million to 100 million.

The quest is no mere scientific fancy. Humans derive huge benefits from the richness of life on the planet, from foods to medicines, to clean air and water. Knowing how many species there are and taking steps to ramp up the search and description could lead to more discoveries that benefit mankind.

The recent surge in extinction rates only made the quest more urgent, the scientists said.

"With the clock of extinction now ticking faster for many species, I believe speeding the inventory of Earth's species merits high scientific and societal priority," said Camilo Mora of the University of Hawaii and Dalhousie University in Halifax, Canada, who led the study.

Some U.N. studies say the world is facing the worst losses since the dinosaurs vanished 65 million years ago.

Species are classified according to a 250-year-old taxonomy system. This groups life into a pyramid-like hierarchy, with species at the base, then genus, family, order, class, phylum, kingdom and domain.

Mora and team studied existing species databases and taxonomic data. They wanted to see if there were numerical patterns in the rankings, working on the assumption the higher taxonomic categories, meaning those at the top of the pyramid, are much more completely described than those as the bottom.

Applying this pattern to less well-studied groups could yield a reasonable estimate of total species numbers.

The result was 6.5 million species on land and 2.2 million in the ocean depths. The study had a error margin of 1.3 million in total.

The results suggested 86 percent of existing species on land and 91 percent of species in the ocean still await description, the scientists concluded.

"The diversity of life is one of the most striking aspects of our planet," the scientists say in the study. "Hence knowing how many species inhabit Earth is among the most fundamental questions in science. Yet the answer to this question remains enigmatic."

Writing in an accompanying commentary to the research, Robert May of the Zoology Department at Oxford University lamented the rapid rate of species loss, due to land clearing, pollution, climate change and other factors.

"It is a remarkable testament to humanity's narcissism that we know the number of books in the U.S. Library of Congress on 1 February 2011 was 22,194,656," wrote May, until recently the president of The Royal Society.

But it was remarkable that science "cannot tell you to within an order-of-magnitude how many distinct species of plants and animals we share our world with," he added.