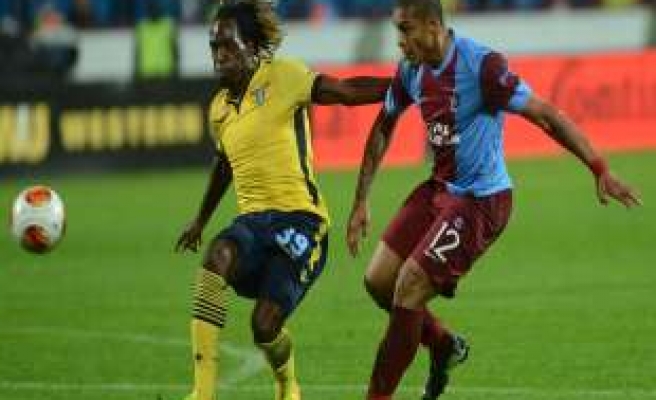 Trabzonspor fans rubbed their eyes in disbelief Thursday night as their team botched a 3-1 home lead against Italy's Lazio to settle for a draw at their second tally in UEFA Europa League group stage.

With six minutes on the clock and a two-goal margin following a game that could have easily turned into a lopsided victory for the hosts, Lazio's Floccari took advantage of a blunder by Trabzon's goalkeeper Onur to guide an easy header home.

Only seconds later, Floccari took to the stage again, this time in a well-orchestrated attack that culminated in a precise ground finish that sent Onur flying towards the other side of the post.