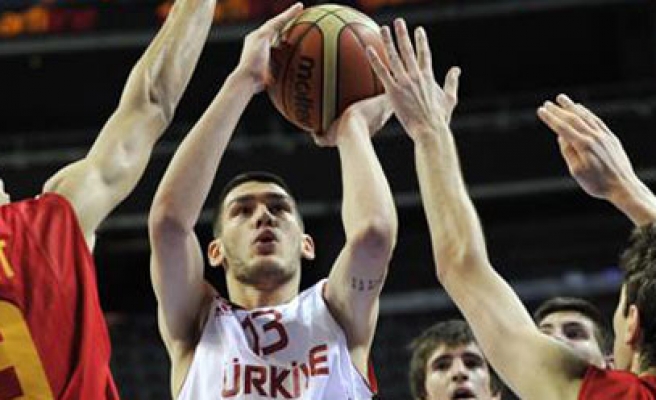 Turkish Under-18 basketball team have become champions at a tournament organized by the International Basketball Federation (FIBA) in Riga, Latvia.

Turkey beat Croatia 81-74 to take their first gold medal at the tournament, which selected Turkish playmaker Kenan Sipahi its Most Valuable Player (MVP). Sipahi's 19 points and 6 assists were game-high for both statistics.

Turkey's high points appeared to be Sipahi's exceptional performance and a prolific bench that contributed a total of 39 points, while 22 turnovers, eight more than the opponent, spelled the downfall for a Croatian team otherwise coping well.

"Turkey's calm and collected nature throughout this tournament carried them to a deserved gold on Sunday night," said FIBA's website.

Croatia got off to a good start with fast breaks and rebounding dominance, leading 14-5 five minutes into the game and 22-16 after the first quarter.

Turkey came back with a 9-0 run in the second period and reached half time with a one point advantage: 38-37.

The Turkish team had a 6-point lead going into the last ten minutes, before raising it to 11 midway through the quarter.

Although not free of nervous moments, Turkey's late-game performance proved enough to take the game and the championship.