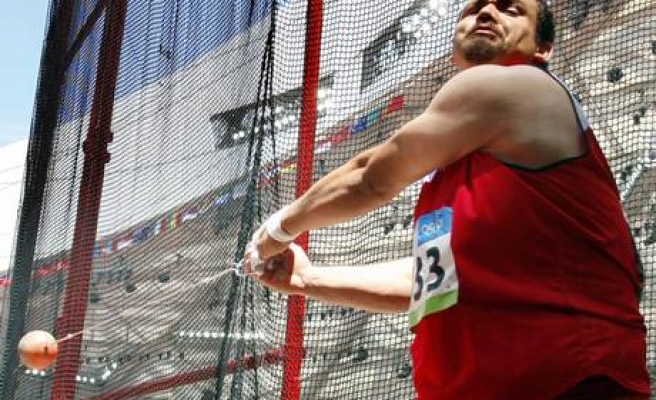 Turkish Athletics Federation's (TAF) Disciplinary Board banned 31 Turkish athletes including olympic medallist Esref Apak in hammer throw from competitons for two years, justifying that they were proved to have doped.

Issuing a statement on its official website, the Turkish Athletics Federation said, "As the results of the samples taken from athletes during and after the competitions indicate, Turkish National Olympics Committee's Counter-Doping Commission ruled to punish the said athletes with a two-year ban from competitions."

Reviewing the cases of Emrah Coban ve Umit Tan, the TAF statement stressed that the files of the olypmic champion Asli Cakir Alptekin, European champion Nevin Yanit and another Turkish athlete Pinar Saka were not considered due to the ongoing investigation process.

As specified in the statement, the names of the athletes banned from competitons for two years are as follows: